Venturi has retained Edoardo Mortara for a second consecutive season in Formula E, and he will line-up alongside ex-Formula 1 racer Felipe Massa in the 2018/19 season.

Mortara, the 2010 Formula 3 Euro Series champion, made his FE debut with the Monaco-based manufacturer in season four and finished 13th in the championship.

His best finish in a part-campaign – due to clashing commitments for Mercedes at the Berlin and New York rounds – came in the second Hong Kong race, where he finished second after spinning out of the lead late on.

“As part of the team last season, I felt a strong will to succeed and I enjoyed the innate potential within Venturi.

“Moreover on a personal level, I received phenomenal support from the team – you can’t underestimate the importance of this for a driver, alongside huge support and goodwill from our fans which I’m very grateful for.

“I’m also very proud to compete alongside Felipe Massa, one of the most experienced and fastest drivers in the world.”

Venturi team principal Susie Wolff explained that Mortara’s previous FE experience was a key factor behind the decision to pair him with Massa, who will be a rookie in the electric championship in season five.

“We decided that we absolutely needed someone with Formula E experience alongside Felipe and I know Edo from his time in DTM and rate him very highly,” Wolff told Motorsport.com.

“It was always difficult because Formula E wasn’t his main focus before – he was in and out of the car and obvious fully focussed on DTM.

“So now it’s going to be his primary focus and we’re very happy to have him on-board again.

“It wasn’t easy to get him – he had quite a few other options – so it worked out great in the end.

“[Him] definitely not being fully focussed on Formula E and being in and out of the car [in season four] wasn’t the easiest situation to be in.

“So I have absolutely no doubt in his talent and his abilities and look forward to him focussing fully on Formula E and getting some consistency.”

Wolff, who said that Mortara has been testing Venturi’s VFE 05 Gen2 car “alongside Felipe for quite a while now”, added that the team had assessed its driver options before opting to retain the Swiss-Italian driver.

“I was very interested, being new to Formula E, to understand who was on the market, when they were available,” she said.

“Because I do think the drivers that invested early in the championship were in the position where they had the experience and, coming new to it, I knew that we wanted someone with experience alongside Felipe." 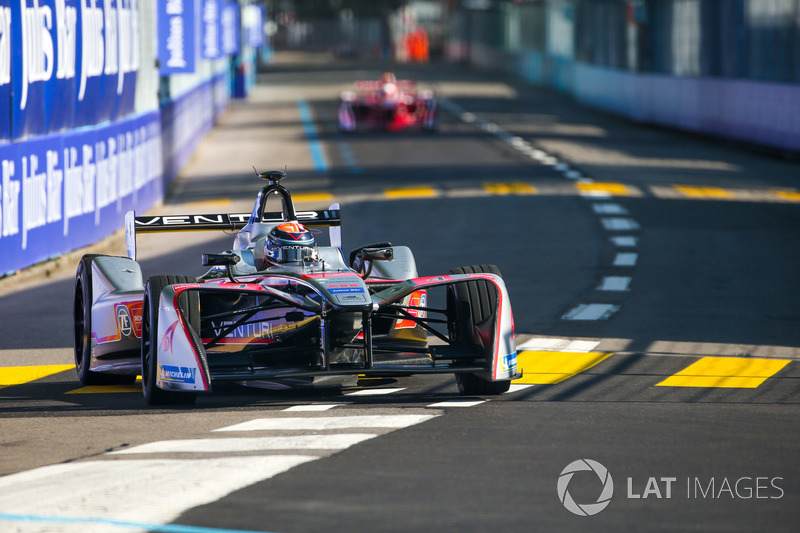