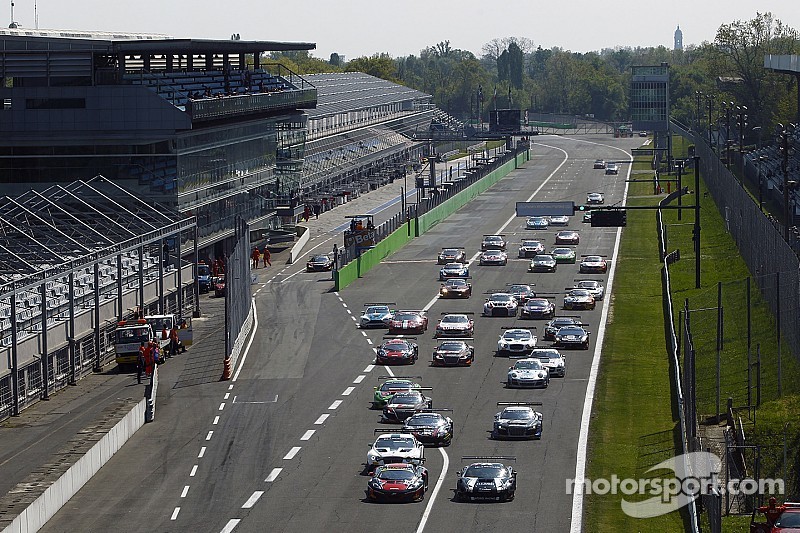 During the weekend of April 12th, the Italian Temple of Speed will again welcome the best GT series in the world.

Ever since its inaugural season in 2011, the Blancpain Endurance Series has started the season in Monza. During the weekend of April 12th, the Italian Temple of Speed will again welcome the best GT series in the world, for the start of what promises to be the most exciting season yet.

Its location in the Parco di Monza makes the Italian temple of speed unique, and the ideal circuit to start the season, especially in early spring. Every single driver, mechanic, engineer, and race official of the Blancpain Endurance Series is looking forward to get to Monza. A look at the entry list will explain why this is certainly the case in 2015.

No fewer than 24 cars are entered in the Pro Cup. Familiar faces, old hands, proven machinery, exciting new cars, the top class of the Blancpain Endurance Series is stronger than ever. The Blancpain Endurance Series now has a healthy amount of prize money awarded at each round – 100.000 euro distributed over the three classes with 60.000 reserved for the Pro Cup – so that will be an added motivation to perform well.

With Belgian Audi Club Team WRT, Phoenix Racing, Sainteloc Racing and newcomer ISR the Audi armada is the most impressive, especially since two of the seven R8 are the new version of the car with which Team WRT claimed last year’s drivers and teams titles. The Belgian squad will enter one of the new R8 – with Ortelli, Stippler and Nico Müller – while 2012 drivers champions Haase and Mies will share the new Phoenix car with former DTM-champion Mike Rockenfeller.

The new R8 is not the only new car on the grid. The new Lamborghini Huracan, two of which are being entered by GRT Grasser Racing Team, and the new McLaren 650S of Attempto Racing and Von Ryan Racing will attract at least as much attention. Both the Lamborghini and the McLaren will have some factory drivers at the wheel – the two Von Ryan trios are nothing but – so expect them both to be competitive.

That does not mean that the competition will have to settle for a secondary role. The Bentley Continental GT3 was already a race winner in its maiden season last year, and with the driver line-ups now even stronger – former driver champion Maxi Buhk has joined Bentley M-Sport – the Continental should always be considered for at least a podium finish.

The same goes for the Aston Martin Vantage and the BMW Z4. Although Oman Racing and BMW Sports Trophy Team Brasil are the sole Pro Cup representatives of those two brands, expect them to put pressure on the teams using newer machinery. And keep an eye out for one of the BMW drivers: even though newcomer Atila Abreu has almost exclusively raced in his native Brasil recently, he has spent some seasons in European racing before. He even has a runner-up spot in Formula BMW under his belt, beaten only by a certain German driver named Vettel.

Other teams have also put their faith in cars they know through and through, like the Mercedes SLS AMG (Black Falcon and Series newcomer Rowe Racing) or the Ferrari 458 Italia (Rinaldi Racing).

Just like several other of the Pro Cup teams, Series returnee MRS GT-Racing is competing in all twelve rounds of the Blancpain GT Series, meaning that the week before the Monza round they will be racing at the Sprint Series opener in Nogaro. That results in a pretty hectic preparation for Monza, but the German squad – switching to a Nissan GT-R Nismo – is determined to start the endurance season with a good result, especially with former LMP2 Le Mans-winner Martin Plowman in their ranks. A lot is expected from their Nissan colleagues of the GT Academy Team RJN as well, especially since two of their drivers – Wolfgang Reip and Katsumasa Chiyo – were victorious in the Bathurst 12 hour earlier this year.

The ‘gamer squad’ is still present in the Pro-Am Cup as well, with a car reserved for three former winners of the GT Academy. With 22 cars entered in the Pro-Am Cup, the fight for the class win – and the accompanying cheque of 20.000 euro – should result in some exciting racing. As the tradition goes, the Ferrari 458 Italia is the weapon of choice in the Pro-Am Cup: no fewer than seven teams enter a total of nine prancing horses. With four cars each, Mercedes and BMW are well represented as well, with Aston Martin, Audi, Jaguar, McLaren (the new 650S) and the aforementioned Nissan completing the grid.

Some squads have some pretty good Pro drivers in their line-up: with two Platinum and eight Gold drivers at the wheel, some of the Pro-Am cars might create a surprise during qualifying, getting among the Pro Cup cars at the sharp end of the grid. Especially the Mercedes teams seem to be determined to upset the order, because both Platinum drivers are driving an SLS AMG: Maro Engel (Black Falcon) and Marko Asmer (GT Russian Team). And the only reason why the latter’s team-mate Bernd Schneider is no longer in the highest driver category, is because the double winner of the Total 24 Hours of Spa turned 50 last year. Not sure that will slow him down much, though.

The renamed Am Cup – formerly known as Gentlemen Trophy – is still the backbone of the Blancpain Endurance Series. Gentlemen drivers and young up-and-coming talents will try to shine. With 14 cars in the Am Cup, the fight for the class win promises to be intense as well, although there is a fifty-fifty chance that the winner will drive a Ferrari. The Italian tifosi will indeed have a lot to cheer about, since half of the teams field a 458 Italia, bringing the total number of Ferraris in this opening round of the Blancpain Endurance Series to 17.

However, do not underestimate the chances of the Audi, BMW or Mercedes squads. The brand with the star is now represented by Car Collection Motorsport, and has Pierre Ehret and Alexander Matschull at the wheel, winners of three Blancpain Endurance Series rounds last year. Their former team-mate Frank Schmickler has switched to the Porsche of Attempto Racing this year, making them an outsider for a podium finish as well. The two Porsche in Am Cup – Belgian Delahaye Racing Team also enters a 997 GT3R – bring the total number of different manufacturers represented to eleven.

With everything ready to start the 2015 Blancpain Endurance Series, the Monza round should set the tone for an exciting new season, in all three classes of the series. Who will come out victorious in this first confrontation? Come and join us and see for yourself!