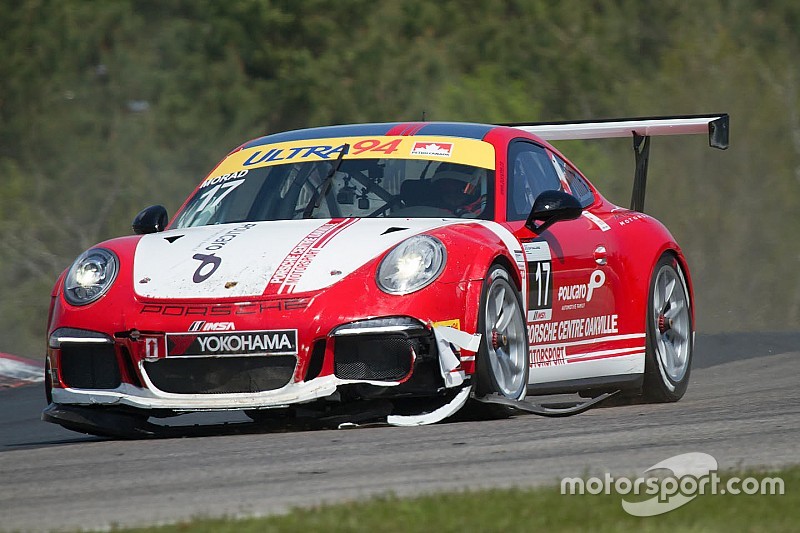 Morad, from Toronto, won the Platinum Cup championship in the Ultra 94 Porsche GT3 Cup Challenge Canada by Yokohama and also competed in USA series races in September at Circuit of the Americas (COTA) and Road Atlanta in the No. 17 Porsche Centre Oakville/Alegra Motorsports Porsche.

"This year has been a great year," Morad said. "I have amazing sponsors. Porsche Centre Oakville and Alegra Motorsports have been great and supported me all year. Without them, I wouldn't be in this position."

Why not go for the North American Cup?

After winning the Canadian championship, Morad and Porsche Centre Oakville/Alegra Motorsports finished second in both GT3 Cup Challenge USA rounds at COTA and earned a victory and a third-place finish in the GT3 Cup Challenge USA season finale at Road Atlanta to secure the inaugural IMSA North American Cup.

"At the end of the year we decided why not go for the North American Cup?" Morad said. "It was in reach. We did what we needed to do. We got a ton of race wins, a lot of points and a lot of memorable times. Michael de Quesada won the Gold Cup (in GT3 USA), so it was an amazing effort all the way around from Alegra Motorsports."

The race for the IMSA North American Cup was a highlight of a season that featured the first-ever joint events between the International Motor Sports Association (IMSA)-sanctioned Porsche GT3 Cup Challenge USA and Canada series, in June at Montreal and July at Watkins Glen International.