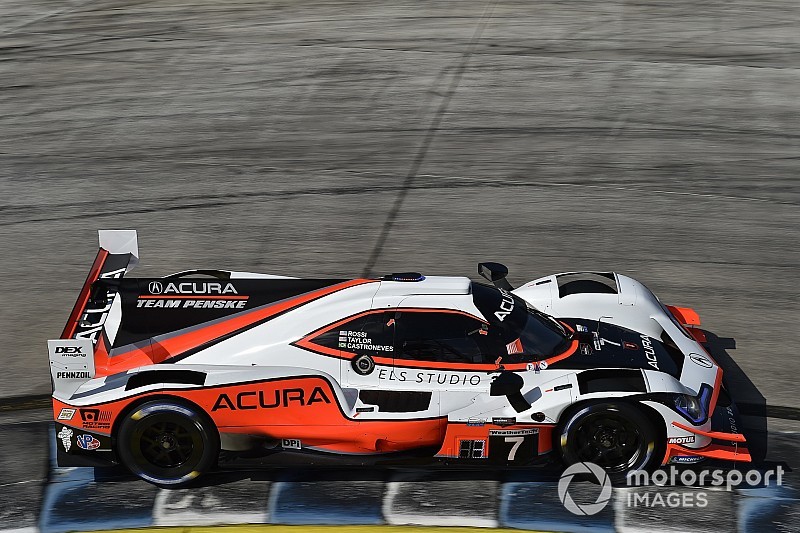 Helio Castroneves put his Acura Team Penske ARX-05 at the top of the times in the second practice session for the BUBBA Burger Sports Car Grand Prix at Long Beach ahead of qualifying.

The Brazilian wheeled the #7 Acura to a best time of 1min11.918sec, just 0.019sec ahead of a late effort from former Formula 1 driver Felipe Nasr in the #31 Action Express Racing Cadillac DPi-V.R.

Jonathan Bomarito in the Mazda RT24-P was third, followed by the second AXR Caddy of Joao Barbosa, who left it late to edge Colin Braun down to fifth in the CORE autosport Nissan DPi.

Juan Pablo Montoya was 0.325sec off teammate Castroneves in sixth in the second of the Acuras, ahead of Misha Goikhberg in the Cadillac of JDC-Miller Motorsports.

In GT Le Mans, Oliver Gavin sprung the #4 Corvette C7.R to the top of the times with a 1min17.023sec, before he was demoted by the Porsche 911 RSRs of Laurens Vanthoor and Nick Tandy.

Fourth place was the faster Ford GT of Sebastien Bourdais, who is subbing for the unwell Joey Hand in the #66 car, followed by the second Corvette and the two BMW M8 GTEs.