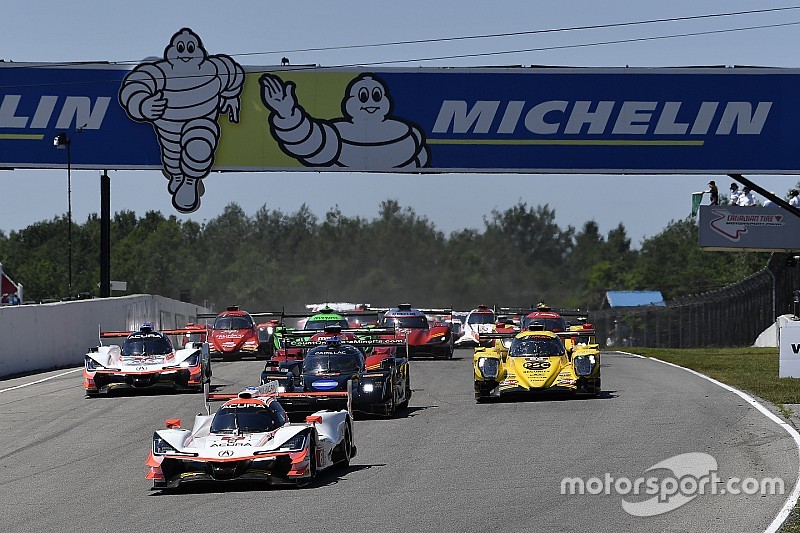 The IMSA WeatherTech SportsCar Championship has revealed a largely unchanged schedule for the 2019 season.

The 2019 calendar was unveiled on Friday evening at Road America, and once again comprises 12 rounds, with the Rolex 24 at Daytona hosting the curtain-raiser on January 24-27.

There are no substantial changes from this year's calendar, with only the Virginia and Laguna Seca races moving dates. Both will take place a week later in 2019.

Once again, the Prototypes - split into two classes next year - will undertake a 10-round schedule, skipping the GT-only events at Lime Rock and Virginia.

The GTLM class will again skip the Detroit round, which traditionally clashes with the Le Mans 24 Hours test day weekend, while the GTD cars will not participate in the Long Beach IndyCar support round in April.

As well as the Rolex 24, the 12 Hours of Sebring, the Watkins Glen 6 Hours and Petit Le Mans will continue to count towards the renamed Michelin Endurance Cup for 2019.

There will also be a new 'Sprint Cup' for GTD, with seven rounds counting towards a separate competition within the Pro-am category.

The Detroit round will only count towards this new contest for GTD cars, while the remaining six 2hr40min events will count towards both the Sprint Cup and the overall GTD championship.

IMSA President Scott Atherton commented: "As we head to the conclusion of the 2018 season, our promoter partners have enjoyed record, or near-record attendance for WeatherTech Championship events, and our 2019 schedule will enable those same promoters to build on that momentum.

“IMSA has been fortunate for the past several years to have a schedule that includes the very best road courses and road racing events in North America, and we are thrilled to confirm our return to these same venues in 2019.

"We have often said that one of the most valuable elements of the merger is the event schedule that resulted – and our 2019 schedule is another reflection of that."

Reed Sorenson: Rookie of the Year