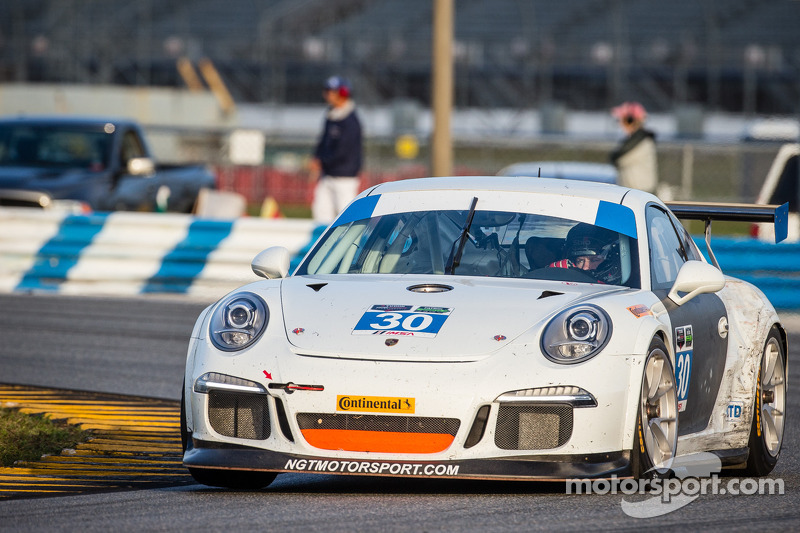 The Roar Before the 24 test days for the 52nd Annual Rolex 24 Hours of Daytona finished up this Sunday at Daytona International Speedway, with Miami-based MOMO NGT Motorsport participating in all eight practice sessions that the newly formed IMSA TUDOR United Sports Car Championship offered.

MOMO partner/driver Henrique Cisneros, along with previously announced co-drivers Christina Nielsen and Kuba Giermaziak, were joined by Frenchman Frederic Makowiecki in the GT Daytona (GTD) class for the three day practice session for the first round of the 24 hour endurance event on January 25 and 26.

During the three-day test period, teams saw a wide range of track conditions, and the team's Porsche 911 ran in the Top 10 for four of the eight on-track sessions. 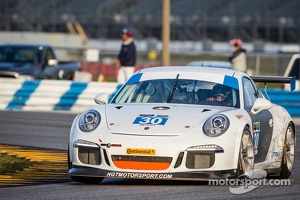 Henrique Cisneros, MOMO NGT Motorsports Partner/Driver, No. 30 MOMO NGT Motorsport Porsche 911 GTD: "We've spent the weekend getting up to speed with the new car. We're still learning how to extract all the speed from it. We've been running in the top of our class with our times and the car still has a lot more to give, so it's going to be interesting to see what they'll do with the balance of power with all the other manufacturers out there. We're sure that IMSA is really going to do a good job in the end. Overall, we're happy with the progress we're making and are doing everything we can to be ready for the race."

Ramez Wahab, NGT Motorsports Team Owner MOMO NGT Motorsport: "We tried a few different setups this weekend, and we were mostly running up front, but we did not try a qualifying set up. We were trying to make sure that the drivers were comfortable and the car is fast and easy to drive. It's been mostly cold this weekend so we will have to base our strategy on the weather conditions of the race and adapt. We have a pretty strong car and a great driver lineup. I think in a 24-hour race, as long as the driver stays on track and out of unscheduled pits, and as long as the crew does efficient pit stops and the strategy works out, we will be successful. There are so many factors that have to go in our favor and luck has to be on our side, but only time will tell our result."

Kuba Giermaziak, driver of No. 30 MOMO NGT Motorsport Porsche 911 GTD: "Henrique and I are not new to this race, but Christina and Frederic have never been here before, so we tried to give them as much track time as possible. Frederic is a great driver, very fast, so I'm sure we will all do a good job. It's a 24-hour race so it will be most important to survive the first 20 to 21 hours and then push hard for the last three hours or so. As long as our car stays in one piece, we should be great."

Christina Nielsen, driver of No. 30 MOMO NGT Motorsport Porsche 911 GTD: "I had a good amount of seat time on Sunday. We had two drivers that couldn't stay for the whole test so it was important to get them in the car and get some seat time. I found the track a bit difficult to get a handle on. It's definitely not easy with all the traffic out there and you are constantly interrupted with the red flag. In general, we're moving in the right direction. We need to make a few changes on the car but we're pretty close to where we want to be for the race." "You always need to set your expectations high but also keep them realistic. We have a good team here who has proven to do well and a great opportunity to produce a good result, so I really don't see why a top 10 finish or better isn't possible."

Frederic Makowiecki, driver of No. 30 MOMO NGT Motorsport Porsche 911 GTD: "We're happy to have this test under our belts. It's my first time at Daytona and my first race with MOMO NGT Motorsport. I learned a lot this weekend and I'm feeling confident for the race. It's a really good team with really good guys and teammates, so it's a formula for success."