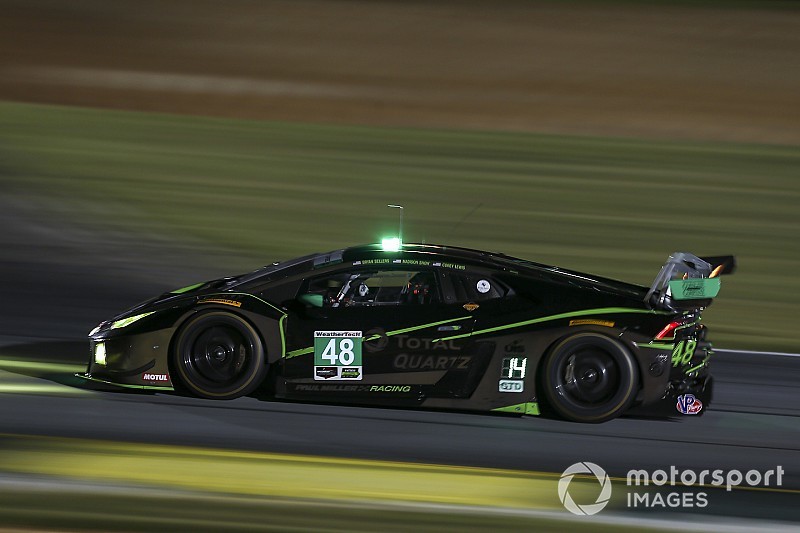 Following the retirement of Sellers’ 2018 co-driver and co-champion Madison Snow, PMR needed to find a new fulltime partner for Bryan Sellers, who will enter his fourth season with the team.

Hardwick is a proven star in a Lamborghini Huracan, having earned five Cup class wins and ten podiums in his rookie season in Super Trofeo, and then earning six class wins at the Amateur level in this year’s ultimately successful championship campaign.

Hardwick, who also raced in the Pirelli World Challenge in 2018, scoring the GT Cup Championship title, brings with him backing from 1st Phorm, a sports nutrition company, and Mountain Motorsports, a motorcycle and powersports vehicles retailer.

Team owner Paul Miller said: “Ryan brings a lot of talent, success, and determination to our team and will be a big asset to Paul Miller Racing.

“In the coming season, we expect he will be a big help to us in defending our title! Having driver champion Bryan Sellers back as our team leader is also very exciting for our whole team.”

Corey Lewis will return to PMR for the four Michelin Endurance Cup rounds, one of which the team captured last year –the Sebring 12 Hours – on its way to eight podium finishes in 11 races.

Sellers, who has now racked up 13 podiums and 20 top-five finishes for the team, said: “I’m very honored to be returning to Paul Miller Racing for my fourth season.

“This will be a new program for us and I am extremely excited about pairing with Ryan Hardwick for the season. I was able to watch him race in Super Trofeo last season, and his growth and commitment through the year was impressive. He will be a great fit within our team.”

Hardwick commented: "When I started my journey into racing sportscars, my goal was to one day compete in IMSA. I am honored to have the opportunity to realize that goal by joining such an accomplished team with Paul Miller Racing. I'm also extremely grateful for the opportunity to drive with, and learn from Bryan Sellers.

“None of this would be possible without confidence that Mr. Miller and Lamborghini Squadra Corse have put in me, and I'm dedicated to helping defend their class championship from last season."

PMR will complete a one day tire test at Daytona this week before returning to the track for the Jan. 4-6 Roar Before The 24 test.