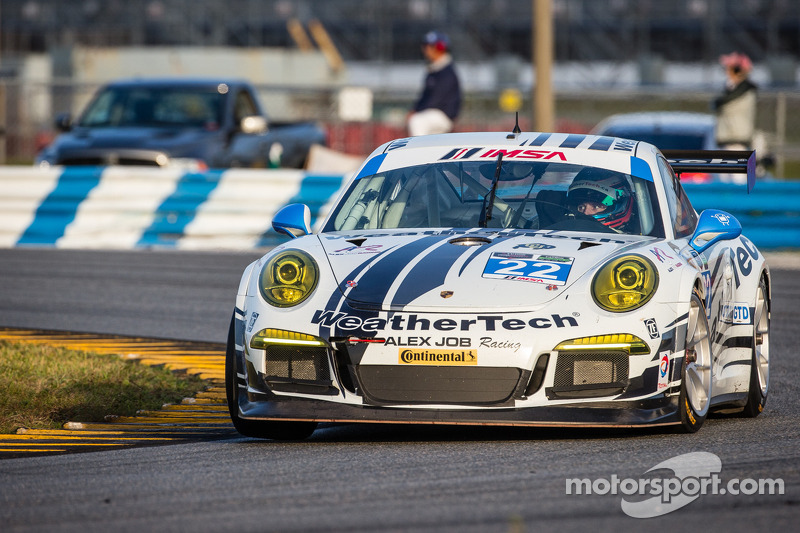 Atlanta. Official testing for the new TUDOR United SportsCar Championship (TUSCC) series has already begun, and sports car fans everywhere are discussing the new classes, the new rules, the new cars, the new venues and how it will all come together on the track.

However, let’s take one last look in the rear view mirror at the American Le Mans Series (ALMS), which started in March, 1999 at Sebring, and ended just weeks ago at Road Atlanta. The retrospective provides a basis for what Porsche, with its 12 ALMS Manufacturer and 14 Driver Championships, thanks to its independent Porsche customer teams, hopes to accomplish going forward.

Owen Hayes, Porsche Motorsport North America’s director of racing operations, pointed out that everyone grew during those 15 years of the ALMS.

“We have certainly ramped up our operation both at the shop and at the track in the last decade and a half, to meet the growing needs of our successful customer teams. The fierce competition in the ALMS forced us all to get better,” said Hayes. “Personally, the RS Spyders were near and dear to my heart, but we are looking forward to our factory effort behind the two new 911 RSRs in the United SportsCar Championship.”

Sports car racing fans can relive glimpses of Porsche’s ALMS 116 class wins – by far the most by a manufacturer in series history, including the iconic Porsche RS Spyder prototypes and the Porsche 911 GT3 R/RS/RSR championships.

When Dr. Don Panoz decided that the American sports car fan wanted to see real Le Mans sports car racing in North America, he put up his own money to bring a one-off event to Road Atlanta in 1998. He then worked with the ACO – organizers of the 24 Hours of Le Mans – to call the event “Petit Le Mans”.

No one knew how it would turn out, but Porsche brought its Le Mans-winning 911 GT1 factory racecars, and other manufacturers followed suit. After the success of that event, Panoz, again with Porsche leading the way, announced that he would start a series in North America in 1999 called the American Le Mans Series. In cooperation with the ACO, it would bring Le Mans-rules racing to the U.S. – important to Porsche, as America was, and is, the company’s largest consumer market.

Again, no one really knew who would show up for that first ALMS race at Sebring in March 1999, but once Porsche announced its support, BMW, Corvette, Audi and others followed and the ALMS was born. 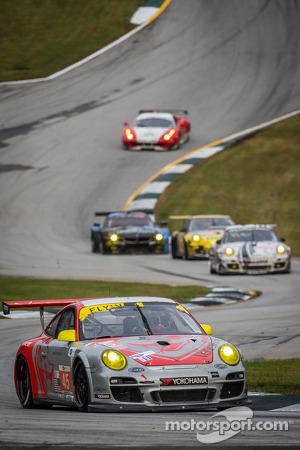 When Porsche teamed up with Penske Racing to initiate a factory LMP2 effort in the 2005, the company developed a clean-sheet-of-paper 3.4-liter V8 engine and matching Porsche-designed chassis and transmission that was an instant success in the series. After winning its class at the car’s debut at Mazda Raceway Laguna Seca (Sascha Maassen and Lucas Luhr), the Porsche RS Spyder went on to three consecutive LMP2 class championships.

In the final season of ALMS competition, Porsche customer teams CORE autosport, Team Falken Tire and Paul Miller Racing have campaigned Porsche 911 GT3 RSRs in the GT class while multiple teams, including Alex Job, TRG, Flying Lizard, JDX Racing, NGT Motorsports and Dempsey Racing have raced in the one-make GTC class. Perhaps the most fitting end to the relationship between the ALMS and Porsche was the improbable Team Falken Tire Porsche GT win (Wolf Henzler/Bryan Sellers/Nick Tandy) in the series’ finale at Road Atlanta on October 19.

(*) does not include GTC, unclassified 911 GT3 R Hybrid wins, and GTE-Am WEC wins at Petit Le Mans and Sebring