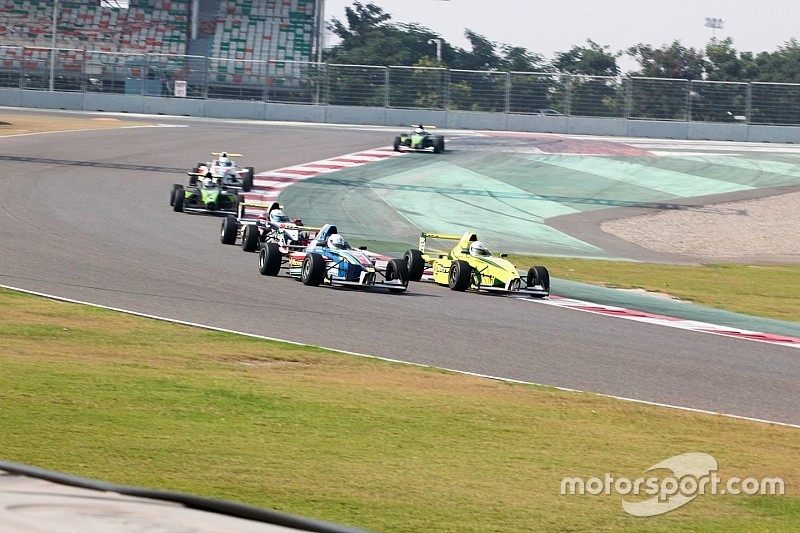 Karthik Tharani came on top in a thrilling three-way scrap for the 2018 JK Tyre National Racing Championship, but the title could have easily landed in Nayan Chatterjee or Ashwin Datta’s hands.

It would have been difficult to place a bet on who will win one of India’s two premier single-seater series in 2018 given how things ebbed and flowed between the three title protagonists.

A total of five drivers, nearly half the field, won at least one race, but Tharani, Chatterjee and Datta were always a step ahead of the rest.

All three of them have a wealth of experience at the top level, but that’s where the similarities end.

Datta was the most consistent of the lot in 2018, regularly scoring podium finishes and picking up that odd win whenever there was a sniff of victory.

Chatterjee, arguably, was fastest of the three in terms of raw pace, as attested by his unbeaten pole record at Coimbatore and race pace at the Buddh International Circuit.

And finally, Tharani was the most complete driver in the field and also showed immense maturity in on-track battles. 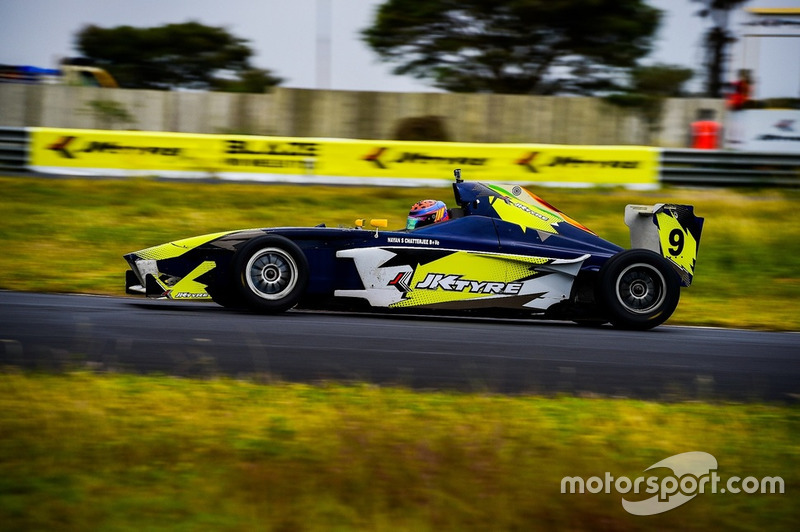 For majority of the season, Datta’s consistency appeared to be the right approach. With eight podiums - including two wins -  in the first 12 races, he emerged as the strongest championship challenger and headed to the Greater Noida finale with a handsome margin of six points.

However, the Chennai-born was surprisingly off the pace at the former Formula 1 venue and couldn't score a single podium in all four races on the finale weekend.

That left Chatterjee and Tharani to battle among themselves in a two-horse race for victory.

Both had mixed seasons in the run-up to the title-deciding round - neither spared of misfortune. Chatterjee’s car suffered from a sudden increase in oil temperature while in the lead in Round 3, with the issue potentially costing him two victories.

Tharani, meanwhile, lost a probable victory when he and Manav Sharma crashed in round 2, with the resultant grid penalty also having repercussions on the next race.

As such, they were just separated by two points, in Tharani’s favour, when the final round of the season began at Buddh.

Tharani laid out an ominous warning by holding off Chatterjee to win Race 1, but the latter fought back with back-to-back victories to draw level with his Chennai-based rival in the standings.

The two lined up together on the third row of the grid, with Tharani starting one place ahead of Chatterjee.

However, it was Chatterjee who made a better start, rising up to third in the opening lap to put himself in a championship-winning position.

But a maiden Euro JK title wasn’t to be. Rival Manav Sharma outbraked on the approach to turn 1, crashing into the back of an innocent Chatterjee.

The damage from the accident proved to be terminal and Chatterjee was forced to bring the car to the pits to retire.

That incident effectively sealed the title in favour of Tharani, who then merely had to finish inside the top eight to win the championship.

He had been unable to make much of an impression on the opening lap but as soon as the safety car retreated - deployed as a result of the championship-deciding crash between Chatterjee and Sharma - he immediately turned up a gear.

When Bryan Perera and Yash Aradhya were jostling for position into turn 4, Tharani took a better line and passed both of them in one move into the next corner.

He went on to win the race by a comfortable margin and with it clinch the JK Tyre crown in emphatic style.

It was his third major title in India following the Volkswagen Polo R Cup success in 2014 and the MRF F1600 series in ‘15.

For Chatterjee, it was a repeat of 2016 when he was leading the championship by a handsome margin at the halfway stage of the season, only for a series of technical issues to put him out of the fight. 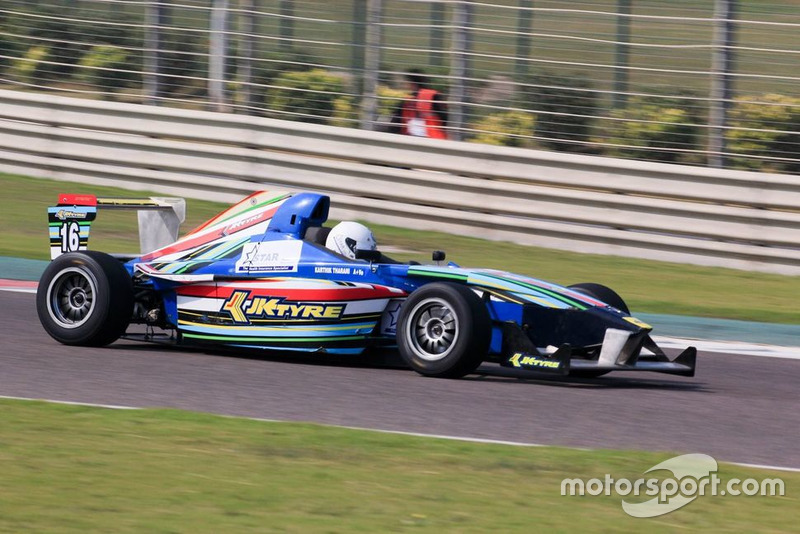 While the aforementioned trio were in a league of their own, several other drivers impressed throughout the season.

One of them was Sri Lankan Bryan Perera, who won three races - including a double in Coimbatore - to end up just three points adrift of third-placed Datta in the standings.

If he stays in the championship for another season, he would definitely be favourite for the title.

Having also grabbed eyeballs in his debut MRF F1600 season this year, he’s certainly one to keep an eye on.

Elsewhere, Nirmal Uma Shankar and Arya Singh also bagged podium finishes but will need to up their pace next season to emerge as consistent front-runners. 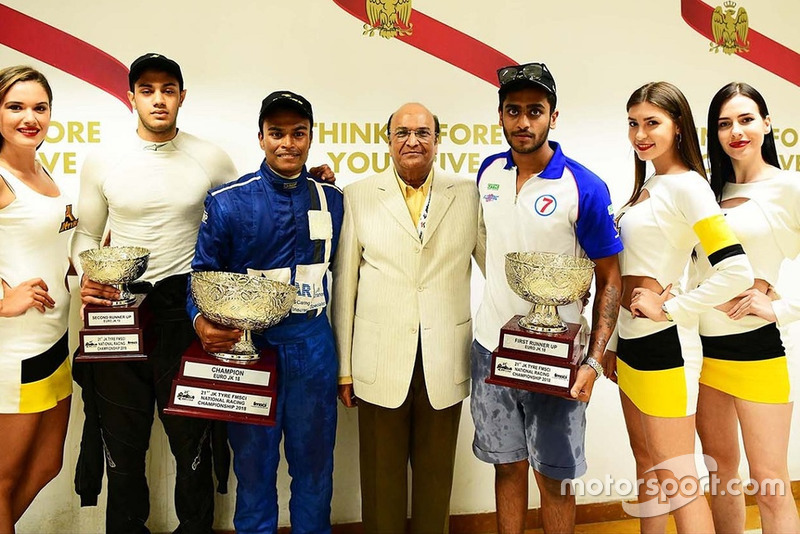