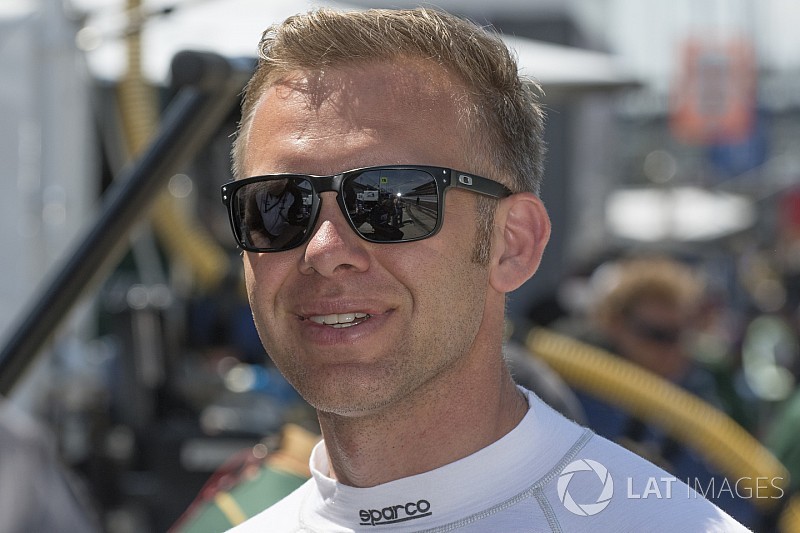 The Verizon IndyCar Series’ only driver/owner has suffered a bruising 2017 campaign, and felt the need to make significant changes for next season. He spoke to David Malsher about making some tough decisions.

DM: Spencer Pigot discussed here on Motorsport.com recently how much better his season has been in 2017 compared with his rookie campaign, even if the results don’t show it. As his employer, how would you explain this transformation?

EC: Yeah, the results don’t look all that different but if you watch the races and see how he’s driven, the two seasons have been very different. We saw that in the first test at Sebring in the winter; he was a different guy from last year. It really came down to having an offseason to think things over and go through everything he had experienced – what he did right, what he did wrong – and reinvigorate himself.

Do you think he was maybe intimidated by partnering Josef Newgarden?
Yeah, I wondered that at times, because Josef was really coming into his own and producing the kind of form we’ve seen from him at Penske this year. He was competing at such a high level there were times when I wondered if that almost confused Spencer, as a rookie, because he was learning new tracks, learning an IndyCar and also wondering how Josef was doing what he was doing!

But at the same time he learned a lot from Josef and if Josef was still with us and we’d been able to compare them this year, I think you’d have seen progress. It came down to getting familiar with the team and the car.

So 2018 is the time he switches over to the #21 car and competes on all the tracks in the series. Ironically, that means ditching the guy who’s scored a couple of podiums for you this year, JR Hildebrand.
[Sigh] Yeah, JR is a guy I have a lot of time for and a lot of respect for, but for where we are and what we’re trying to do, and for the number of cars we can run and support, we had to make a decision to move forward. And as hard as it is to part ways with one guy, we’ve got to look at where we’re going.

On paper, does his performance look all that different from Spencer? Not really. But at the same time, but I’ve got to project where each guy’s arc is going and Spencer’s someone who I think we can develop and who’ll be part of the program for a while. It’s a hard decision for JR, but it seemed the right time to have Spencer in the car for a full season. He tested the car at Texas this year when JR was hurt and did better than we expected him to, in a tough situation. He’s attended all the oval races, he's been fully engaged in the team and up on the spotters’ stand, so he’s been getting prepared as best he could, taking in all the information he could.

Will you run a third car at Indy this year?
It’s entirely a possibility. Do I have plans for that right now? Not yet, just because other things need to get done before then. But I would certainly be open to it, and if it’s a deal that can get put together, JR would be one of my first calls.

With you continuing racing ovals in the #20 car, how far away are you from making a decision on your road/street course partner?
It’s always interesting going through this process, evaluating all our options, like everyone does. What we’ve found is that there are guys looking to come to IndyCar who, until fulltime rides are filled, don’t want to commit to a program of just road and street courses… or just roads and streets plus Indy. We can be looking ahead and working with a number of different options, but it’s only now that things get really intense, as other shoes start to drop in other teams.

Honestly, I’m not sure what the timetable is for announcing who’ll race the #20 car with me – it could be relatively soon or it could be three to five weeks away. I just don’t know at this stage and like I say, it’s hard to get a part-time guy in place until other fulltime rides are settled.

Have you had any pressure from Chevrolet to sign a big name, especially because there are fewer Chevy cars out there, and especially with Michael Andretti deciding to stick with Honda?
Chevy are certainly down on car count, and we’ve always talked to them about what our plans are, what our options are. But I’ve always appreciated the fact that they let us run our business, they run their business and we’ve trusted each other in our partnership going back to 2012. I get the impression that the other side [Honda] kind of apply a certain amount of pressure regarding driver selection, but Chevy let us fill the team the way we see fit.

Obviously it hasn’t been a great season for us but I think we’ll look back and see this as a transitional year and hopefully we’ll be back winning races real soon.

Without wishing to bring up your age, do you think the 2018 car is going to be good for the veterans or will they be too set in their ways to deal with a very different-handling machine?
I think it kind of plays into the old guys’ hands a little bit, which is why you see guys like Helio [Castroneves] and Tony [Kanaan] having success at their age. Since 2012, there has been a lot of change all the time and along with the reduction in testing over the years, that means the guys with the bigger mental databases are obviously going to have more references to go back to.

So I’m looking forward to it. When cars change and setups change, things typically get harder for a while and it’s hard for young guys to work through that lack of experience sometimes; they don’t know what they don’t know!