Herta: It would be hard to give up lead to Rossi 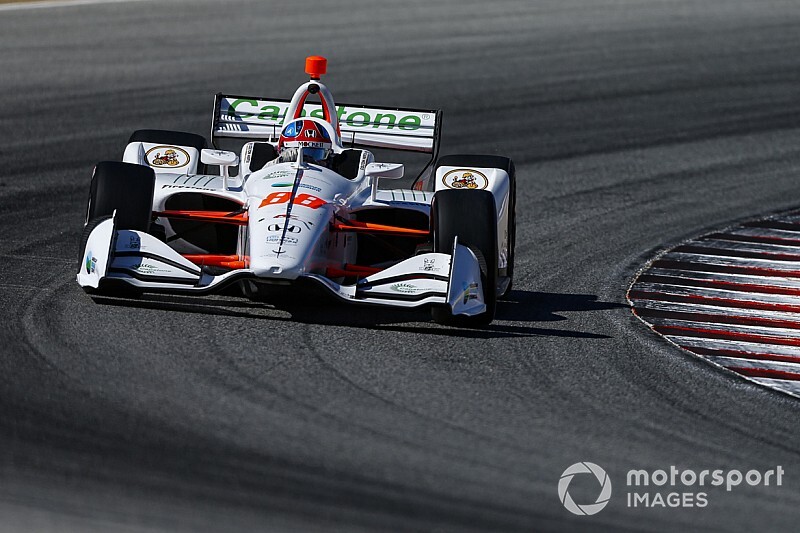 IndyCar finale polesitter Colton Herta admits he’s hoping not to be in a position where he has to relinquish a potential win at WeatherTech Raceway Laguna Seca in order to boost future teammate Alexander Rossi’s championship quest.

For the third time this season, rookie Herta’s Harding Steinbrenner Racing-Honda snatched pole, this time for the Firestone Grand Prix of Monterey, the season finale.

Rossi, however, lies 41 points behind Team Penske’s Josef Newgarden in the championship, and in this double-points race, needs to win in order to beat Newgarden to the crown, assuming Josef can stay within the top five (he starts fourth). Should Rossi finish only second, even with bonus points, Newgarden would need only to finish in the top nine to beat him to the crown.

Asked by Motorsport.com if Herta would be prepared to cede the lead to Rossi, Herta half-groaned, “Tough question. I don't know. I'm sure I'm going to get talked to tonight about something of that nature!

“I'm hoping I'm not in the position. Honestly it depends where I'm at in the race. If I'm leading, it's going to be really hard to say ‘yes’ and help him out. There’s got to be some incentives there, know what I mean?!”

When quizzed jokingly if he had negotiated in his contract to receive anything special in such circumstances, the 19-year-old quipped: “If I let Rossi by, I would love half the championship money; that would be great! What do you get [as champion] – a million dollars?

"That would be awesome. I could move out of my parents' house!”