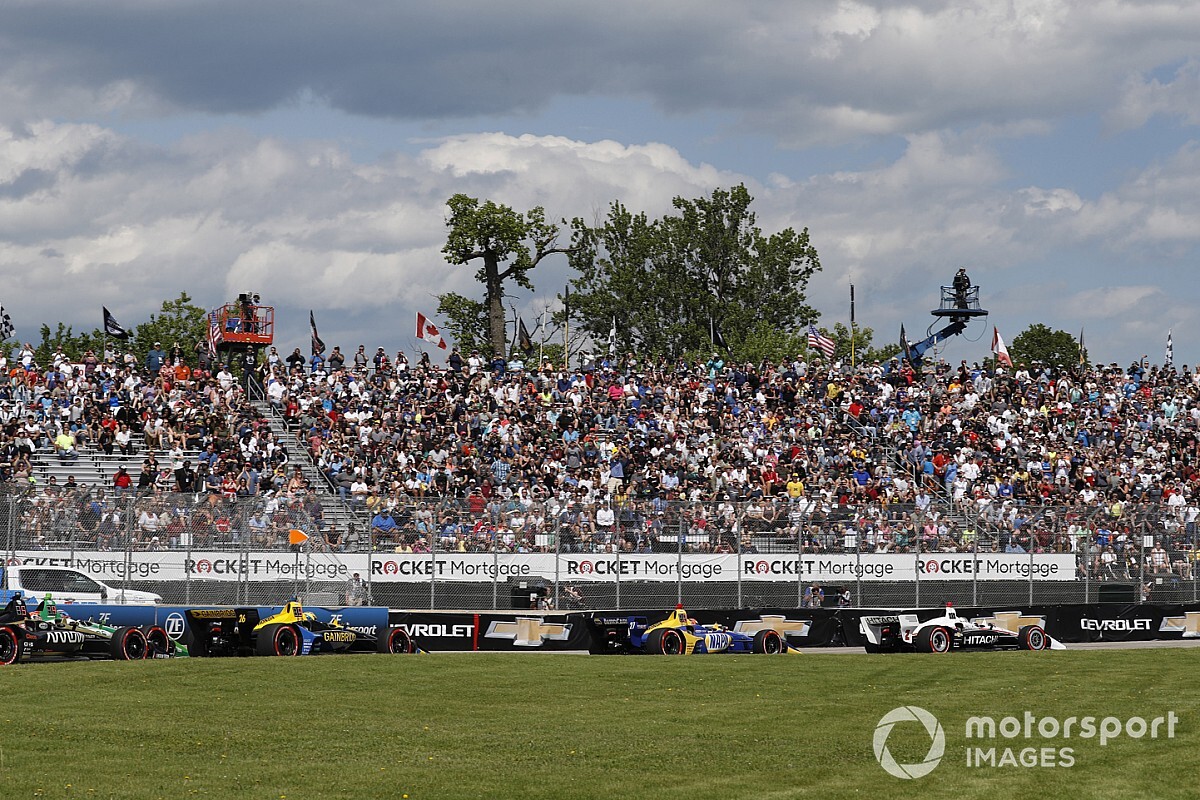 The date of the opening event of the 2020 NTT IndyCar Series season, the Chevrolet Detroit Grand Prix, remains May 29-31 despite Michigan declaring a state of emergency last weekend – but race organizers are examining options should they need to reschedule.

Following IndyCar’s decision to reschedule the GMR Grand Prix of Indianapolis for July 4, and the 104th running of the Indianapolis 500 for Aug. 23 that left the seventh and eighth rounds of the original 2020 schedule – the Detroit GP double-header – as the putative season-opener.

It would also be the second round of the IMSA WeatherTech SportsCar Championship, America’s premier sportscar series having postponed its Sebring and Mid-Ohio rounds.

Late last week, Detroit GP organizers put out a statement that read: “Detroit Grand Prix officials are continuing to work with local authorities while actively monitoring all information as it relates to the COVID-19 global pandemic.

“With mandated restrictions and guidelines affecting the schedule of many upcoming events, Grand Prix organizers are evaluating all options for the May 29-31 event weekend.

“The primary focus continues to be the health and well-being of the spectators, partners, volunteers, employees and event participants at the Detroit Grand Prix.

“Officials will update the status of the event as the situation continues to evolve.”

A spokesperson for Penske Entertainment, which owns and runs IndyCar, confirmed to Motorsport.com that this was still the case for now, while acknowledging that the situation is fluid.

“It is a constantly changing situation,” he said. “You saw the President of the United States yesterday extend the social distancing guidelines to April 30.

“So we’ll keep working toward the last weekend of May while also being conscious that things can change and very quickly.”

Although Labor Day Weekend might seem an obvious available slot for the event, as per the 2007 and ’08 IndyCar races there, Belle Isle Park – the largest state-owned park in the U.S. – is a hugely popular venue on a holiday weekend, and IndyCar would likely face strong opposition were it to disrupt this.

Meanwhile, Virigina governor Ralph Northam has issued a stay at home order, along with a ban on groups larger than 10 people, through to at least June 10. That’s a little more than two weeks before IndyCar is due to race at Richmond Raceway.