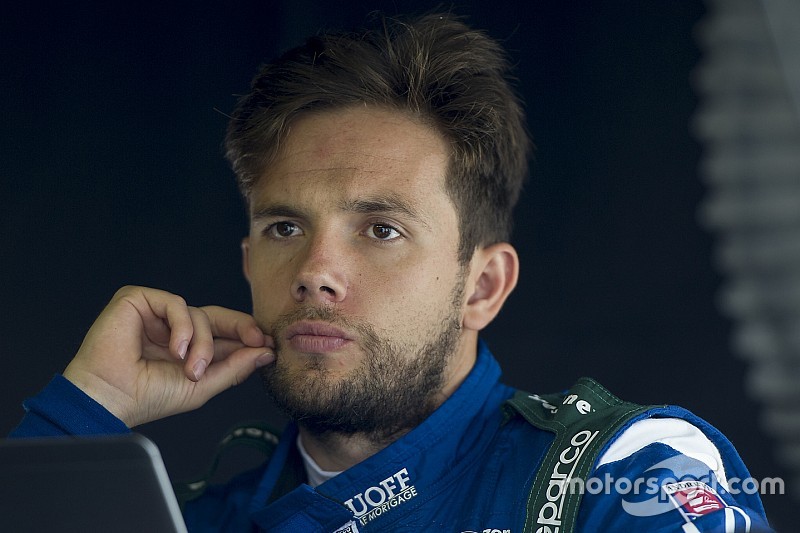 Carlos Munoz will make his first non-oval start of the IndyCar season when he races the #6 Lucas Oil entry for Schmidt Peterson Motorsports this weekend, subbing for the injured Robert Wickens.

Munoz, who lost his full-time ride with AJ Foyt Racing at the end of last year, has not yet tried the 2018 aerokit in road/street course form.

However, with IndyCar teams granted five hours of testing time on the Portland International Raceway tomorrow (effectively turning the Grand Prix of Portland into a four-day event) and the track being new for all but a handful of series veterans, Schmidt Peterson decided it was the ideal opportunity to run Munoz.

The #6 SPM-Honda vacancy arose due to Wickens’ huge shunt at Pocono Raceway on Aug. 19, that has left the rookie in hospital with spinal injuries, broken legs and feet and a broken arm.

His car was left vacant at last weekend’s race at Gateway Motorsports Park.

Munoz’s last IndyCar race was this year’s Indy 500, in which he competed for Andretti Autosport and finished seventh. Indianapolis Motor Speedway has traditionally been the 26-year-old Colombian’s strongest venue, scoring two runner-up finishes including on his IndyCar debut in 2013.

However, his solitary win came on a wet track at Detroit in 2015, while he also has accrued podium finishes in Long Beach, Houston, Pocono and Mid-Ohio.

UPDATE: SPM confirmed Wednesday that Munoz will contest both Portland and the Sonoma finale in the #6 car.

“Robert and his family have been in my prayers and I continue to pray for his recovery,” Munoz said. "I’m very grateful that Schmidt Peterson Motorsports have entrusted me to compete in the Lucas Oil Honda for the last two races of the season. I am looking forward to pushing hard for a great result for the team and for Robert.”