Spencer Pigot has been let go by Ed Carpenter Racing after three-and-a-half seasons with the team, and without personal sponsors he faces a struggle to find any full-time ride in the NTT IndyCar Series. 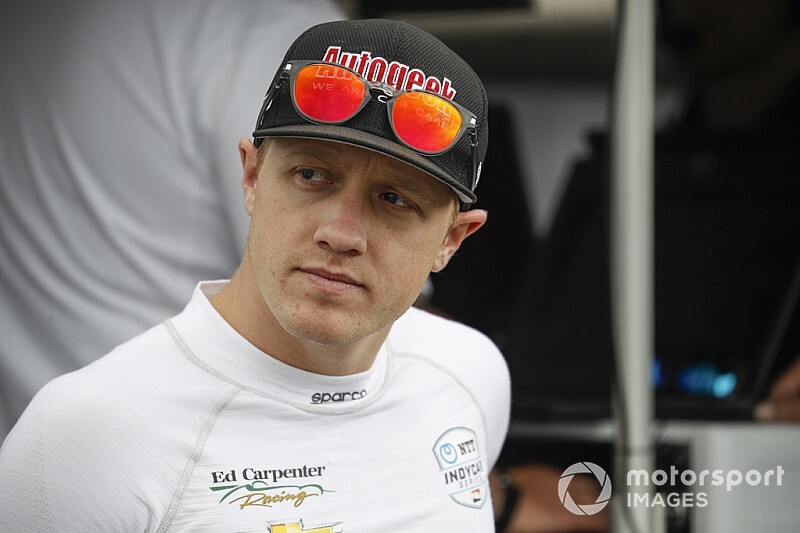 Team owner Carpenter told Motorsport.com in August that he was keen to retain Pigot in 2020, and after the season finale at WeatherTech Raceway Laguna Seca, he and Pigot shook hands on a deal, although nothing was signed.

However, the 2015 Indy Lights champion was informed this afternoon that his services would not be required.

“To be fair to Ed, although we shook hands at Laguna, shortly after that he did warn me that he may need a driver with funding,” Pigot told Motorsport.com. “That’s the situation we’ve been at since then, and now I just got home from talking to Ed when he informed me that would be the case.

“I understand – circumstances do change a lot in this business. It kinda sucks, but I’m not the first driver to be replaced by someone with funding, and I won’t be the last. That’s not to say the driver they replace me with won’t be a good driver but at the end of the day, I was their guy until things changed financially.

“I really enjoyed my time with Ed’s team. He’s got a great group of people there and I liked working with Ed as a teammate in oval races and as an employer all the time. I definitely learned a lot and I’m very thankful for the opportunity they gave me for three-and-a-half seasons. We had some good races together, and it was fun.

“At the same time, I understand why the decision’s been made and the route they have to go. That’s how racing is sometimes, but at the end of the day I’m appreciative of the chance he gave me. Finishing second at Iowa [in 2018] was obviously a highlight but so was averaging 230mph around Indy and qualifying on the front row for the 500. That was neat; it’s a great feeling to be fighting at the front.”

Asked where this decision left him in terms of opportuities within the IndyCar paddock, Pigot said he was open to all approaches but that all rides still available require funding.

“I don’t really have any money so I’m not sure there are any options for me, to be honest,” he commented, “but I’ll keep plugging away at it and see what’s out there.

“I’ve also talked to a few teams in IMSA. I like racing over there, and I’ve gained some good experience in the Prototypes [as one of Mazda’s third drivers for endurance races and also in Juncos Racing's Cadillac], so I think that’s something that I’ll have to give a bit more time and focus to over the next few weeks.”

Rinus VeeKay, who finished runner-up in Indy Lights this year, has twice tested for Carpenter and is believed to be set for one of the seats, but there are also increasing rumors that current Renault Formula 1 driver Nico Hulkenberg will step into the #20 as a road and street course driver. In that capacity the German would share the ride with team owner and oval specialist Carpenter, and thus be replacement for the already departed Ed Jones.

Contacted regarding the Hulkenberg rumors, Carpenter responded, “I am not ready to comment on our lineup outwardly, but that part is false.”