The championship going its own way with race numbers

While just about every championship in motorsport has gone down the route of allowing drivers or teams to choose their own race numbers, one series in Japan has caused a stir by moving in the opposite direction for 2021.

When you watch footage of 500cc grand prix motorcycle racing or World Superbike from before around the year 2000, there’s something quite antiquated to modern eyes about riders using race numbers that they just been given, often in plain font, instead of ones they themselves had chosen.

Of course, there were exceptions even in those days, but by and large riders were perfectly happy to ride with their pre-assigned numbers, based mostly on their championship placing the previous year. Or, at least they were until Valentino Rossi came along at the turn of the century and eschewed the right to use the #1 in place of his favoured #46, kick-starting a trend that has spread to many other series around the world, including F1.

It’s certainly hard to imagine either F1 or MotoGP going back to the way things were, given how embedded number choice has become in the personal brands of so many drivers and riders, including their merchandising and social media presence.

So you can imagine the incredulity among fans and competitors alike when the organiser of the All-Japan Superbike Championship, the MFJ, announced a massive revamp of its numbering system for the 2021 campaign, completely abolishing personalised race numbers. 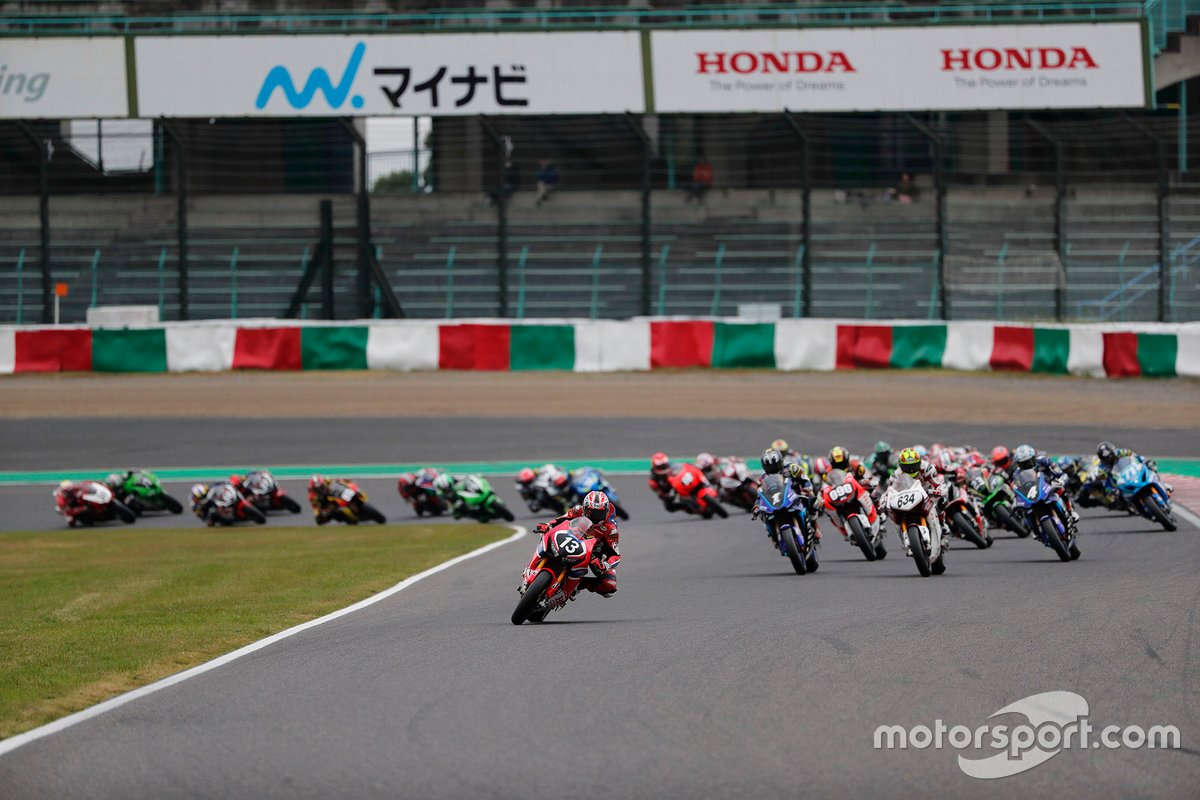 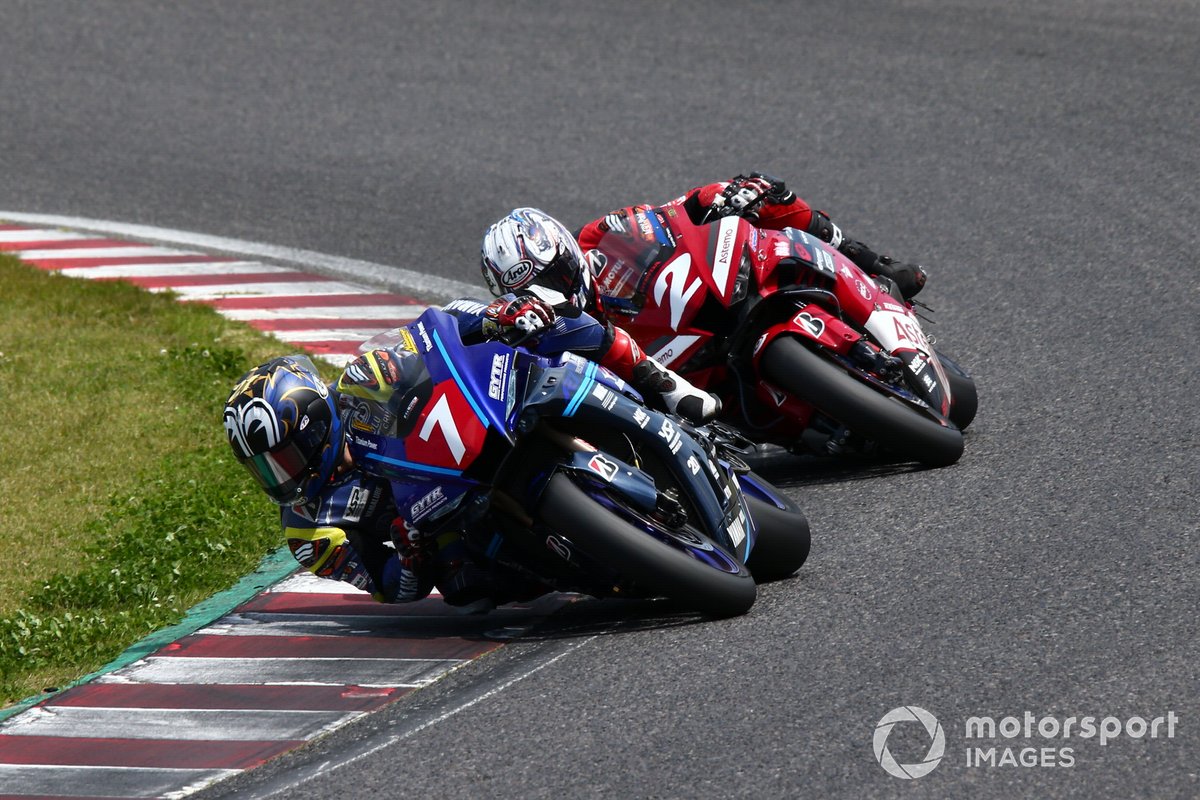 Instead, numbers 1 through 24 have been assigned to riders based on their championship placing from 2020, while rookies have been given numbers from 25 downwards. Not only that, but numbers 11 or higher now have to be black on a yellow background, while anyone running a number of 10 or lower must have their number in white on a red background. The latter rule also applies to MFJ’s minor classes – Stock 1000, Stock 600 and GP3.

The idea behind this rather nostalgic move is to make it immediately obvious to fans who are less familiar with the series who the ‘top’ riders are, especially on social media and TV broadcasts. If you see a rider with a single-digit number on a red background, you know they are supposed to be fighting at the front, or so the logic goes at any rate.

For 2021, only six JSB riders fall into that category: Ryuichi Kiyonari (2), Sodo Hamahara (3), Satoru Iwata (6), Katsuyuki Nakasuga (7), Taro Sekiguchi (9) and Yukio Kagayama (10). Kohta Nozane was last year’s champion but has moved to World Superbike this year; Ryo Mizuno (4) has moved to British Superbike, and the remaining two – Kazuma Watanabe (5) and Keisuke Maeda (8) have moved down a class to Stock 1000 for this season.

There’s arguably something to be said for the old way of doing things. During the famous WSBK battles between Troy Bayliss and Colin Edwards in 2002, when they were carrying the #1 and #2 plates respectively, there was no doubting you were watching the top two riders in the championship going at it for glory, even for those unfamiliar with the series. 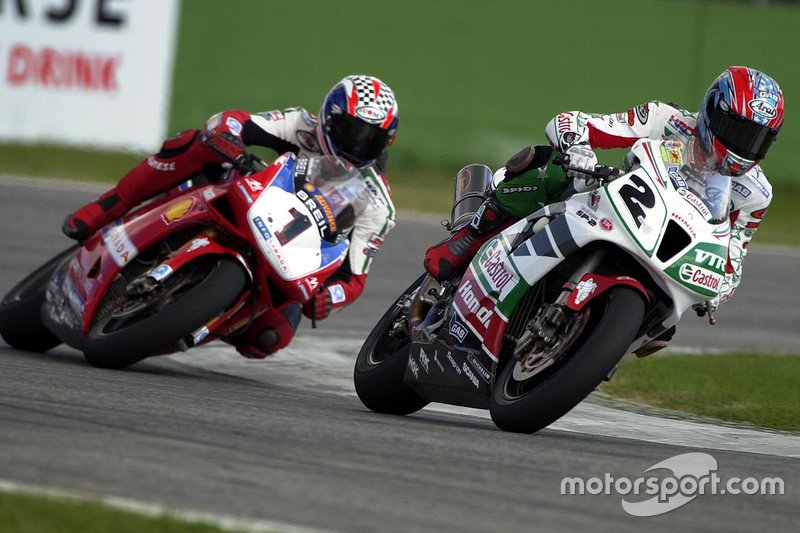 That simplicity is presumably what the MFJ hopes to capture. But then, does it really make sense to have Nakasuga riding around with #7 when he’s the overwhelming favourite for what would be his 10th All-Japan Superbike crown (and indeed already has a big championship lead with four wins from the first four races in 2021)?

If the objective was to make things as easy as possible for casual fans to understand, then surely the logical move would have been to allow Nakasuga to ‘borrow’ his former teammate Nozane’s #1 plate. Or, failing that, perhaps give him a different background colour or some other distinction befitting of his unique status within the field.

Those concerns aside, it almost goes without saying that many riders and teams in the paddock who have been associated with particular race numbers were less than thrilled about having those links broken, particularly as they weren’t consulted beforehand. 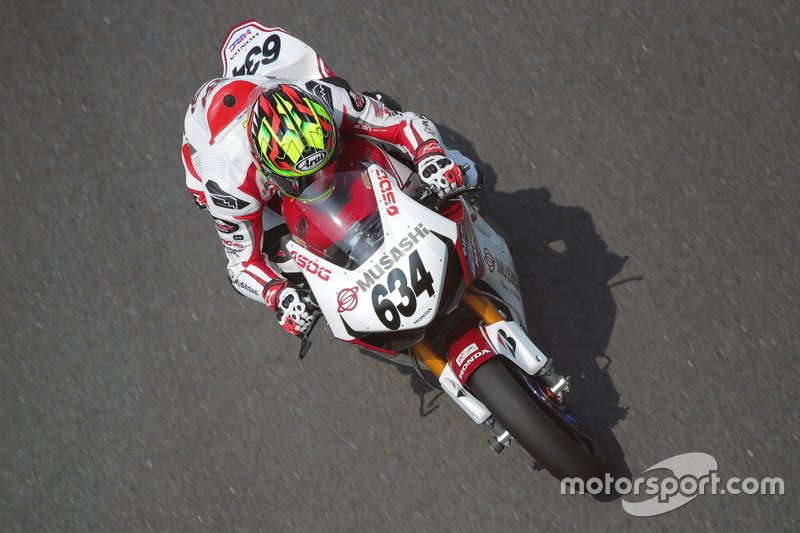 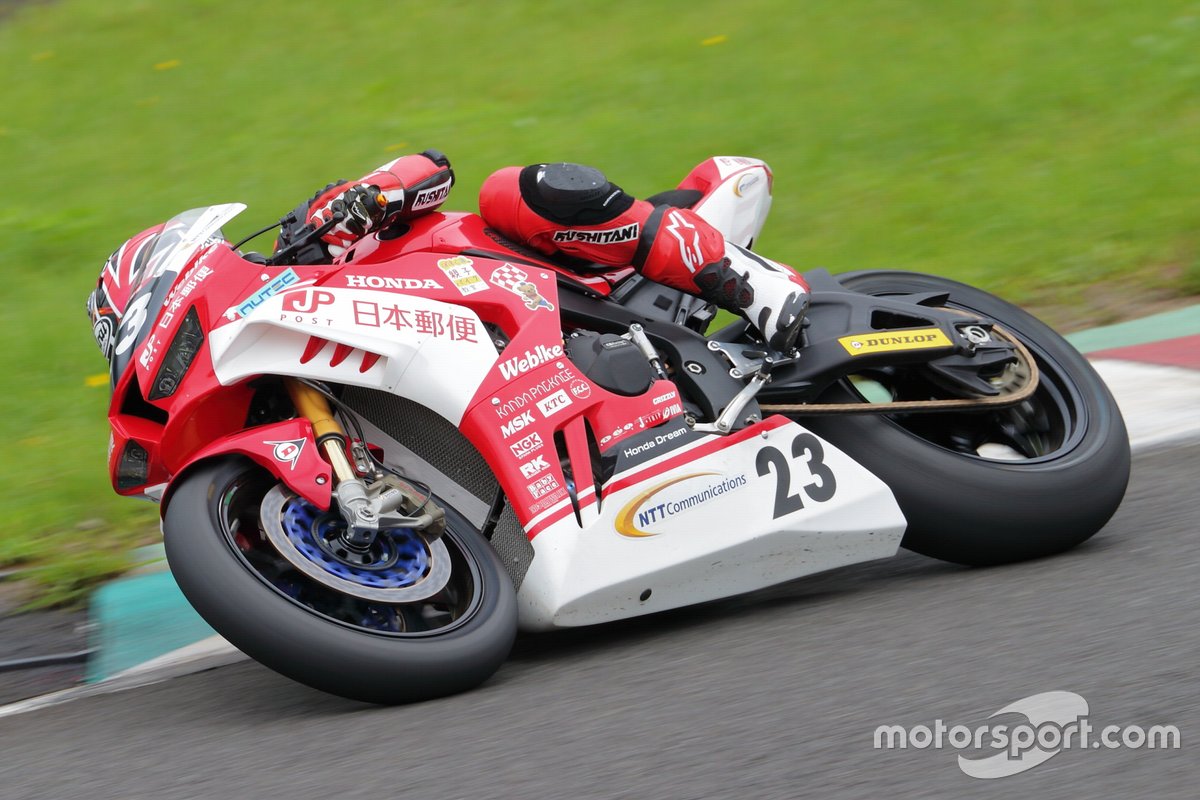 In Japan, it’s not uncommon for race numbers to be based on word play, and JSB is no different. The HARC Pro team for many years has used the number #634 in deference to title sponsor Musashi, as those numbers spell (you guessed it) ‘mu-sa-shi’. Likewise, in the Stock 1000 and Stock 600 classes, Honda Dream TP used #23 or #230 because of sponsor Japan Post – ‘23’ can be pronounced as ‘fu-mi’, which means ‘letter’.

It’s not just teams that have been affected though: for example, Nakasuga’s unique #1 design has also become almost as ubiquitous as Rossi’s yellow #46 in MotoGP for JSB fans, and that too has been lost as part of the new system. His new #7 for this year is, well, pretty much just a plain old white '7' on a red background, just as the rules dictate. 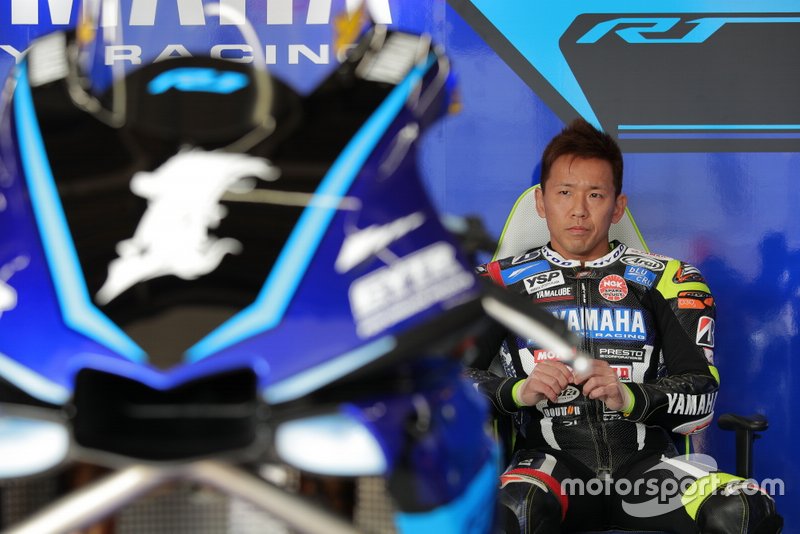 Perhaps there could have been a compromise between making things easier for newcomers to grasp and allowing some personalisation to continue.

For example, what is achieved by assigning specific numbers to rookies? The casual punter might assume that Stock 1000 graduate Teppei Nagoe, who replaces Mizuno at HARC Pro this year, finished a lowly 25th in last year’s standings based on the fact he is running the #25. There’s no indication that the rules that apply to most of the field do not apply to him.

Surely it wouldn’t have hurt for him to stick to the team’s traditional #634, which at least established fans of the championship would recognise, and newcomers would soon probably get used to, given three-digit numbers anyway are a rarity.

The MFJ’s overhaul isn’t totally without merit, and in an age of increasingly hard-to-read-from-a-distance and ‘over-personalised’ number designs in MotoGP and WSBK, there is something pleasingly old-school about seeing bikes with perfectly legible large numbers on the front.

Then again, it might be a more popular move in the paddock to allow riders (perhaps except the reigning champion) to pick the numbers they like, and make better use of the colouring system to help fans easily identify the main contenders. The background colour could even change race-by-race to clearly mark out the top handful of riders in the standings.

Whether or not the MFJ will be willing to abandon its experiment after only a single season remains to be seen. Perhaps the riders and teams, despite their initial scepticism, will eventually let go of their previous numeric allegiances and embrace the new (old?) way of doing things.

Either way, its bold decision raises some interesting questions about whether race number personalisation in motorsport more broadly has gone a step too far, and how modern realities might be balanced against the need to make things easier for the uninitiated to follow. 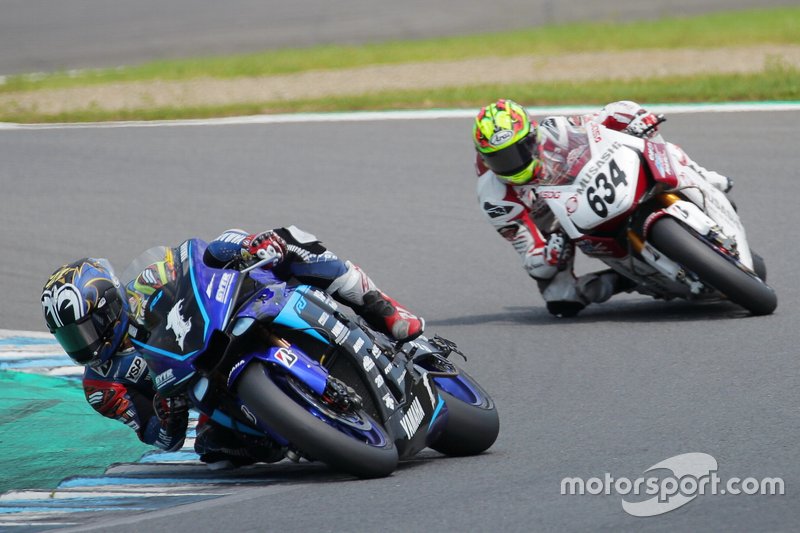 The championship going its own way with race numbers