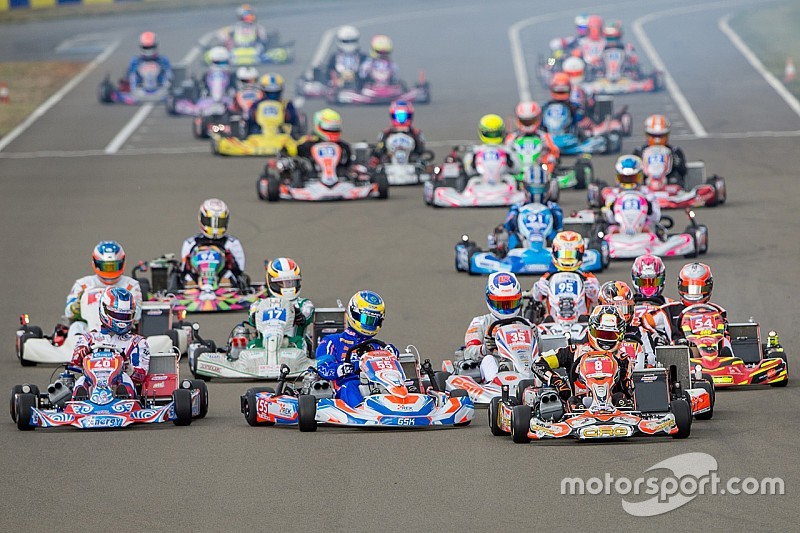 Toronto, Ontario’s Marco Signoretti and his co-drivers of the Energy Corse team claimed a sensational fifth place overall at the 24 Hours of Karting of Le Mans this past weekend.

Signoretti, one of the top kart racers in Canada, Sweden’s Joel Johansson, Irishman Marco Hayes and Frenchman Tony Lavanant drove their No. 40 Parilla IAME OK-powered Energy chassis to fifth place, 12 laps down to the winners.

The 33 teams competed for 24 hours on the on the 1.385 km Le Mans Karting International circuit in changeable weather conditions with a shower during the middle of the night that caused a bit of chaos.

After having completed 1,374 laps (or a distance of 1,901 km), kart No. 55 of team Rouen GSK 1 took the overall victory, finishing ahead of machine No. 6 of CRG Spa and kart No. 1 of Sodikart. Action raged until the very last lap of the race, as a very small margin of not even one lap, but just 48.878 seconds separated the winners from the second place team!

With just two hours to go, the leading Rouen GSK 1 team began to experience some problems, slowing them down. CRG Spa drivers pushed really hard, set the fastest lap time of the race, but had to be content with second place.