ACO confident Le Mans will go ahead amid coronavirus fears 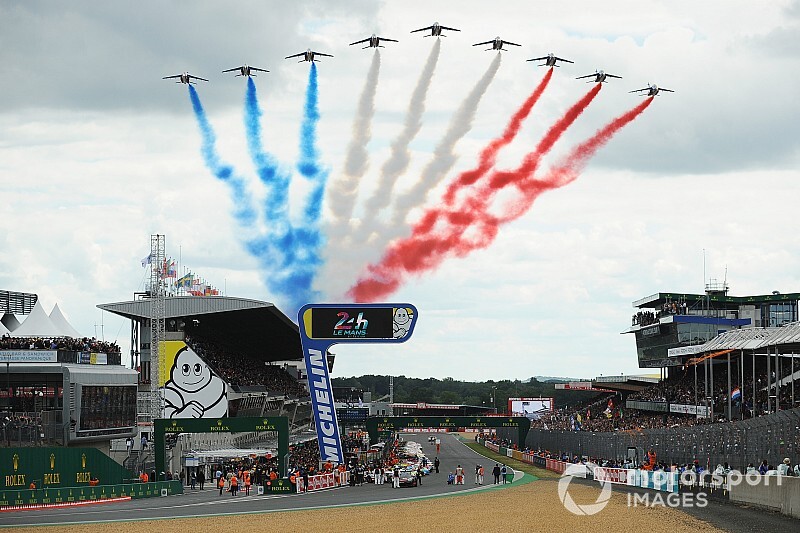 The Automobile Club de l'Ouest has moved to downplay suggestions this year's Le Mans 24 Hours could be cancelled amid the coronavirus crisis.

The organiser of the French endurance classic, which attracts upwards of 250,000 spectators every year, released a statement on Thursday to underline that while it is monitoring the escalating COVID-19 situation, it currently sees no need to alter its schedule.

Speculation that Le Mans could be affected by the outbreak increased when the French government announced a ban on indoor public gatherings of more than 5,000 people.

So far, some 285 cases of COVID-19 have been reported in France, the third-highest count in Europe after Italy and Germany, and six deaths.

The ACO's statement read: "We are monitoring the Coronavirus situation closely. For the moment, we have not been notified of any requirement to postpone or cancel any of our sporting events scheduled in the coming weeks.

"Our event calendar remains unchanged. We are confident that the 24 Hours of Le Mans will go ahead as planned on 13-14 June.

"Please note that our priority is to maintain our published schedule for 2020. However, should it be necessary to do so, we will reschedule events later in the year."

Prior to Le Mans, two more rounds of the current FIA World Endurance Championship season are due to take place at Sebring later this month and at Spa at the end of April.

IMSA, the governing body of the WeatherTech SportsCar Championship whose famous 12-hour event WEC shares the bill with at Sebring, has also released a joint communication with fellow US-based sanctioning bodies NASCAR and ARCA regarding the coronavirus situation.

The statement said: “We are in regular communication with relevant authorities and will continue to monitor the situation closely.”

High-profile motorsport events to have been affected by COVID-19 include the Formula 1 Chinese Grand Prix, Formula E's Sanya E-Prix and the opening two rounds of the MotoGP season in Qatar and Thailand, all of which have been either cancelled or postponed.

In Europe, the opening round of the Creventic 24 Hour Series at Monza has become the first race event to be postponed, although the DTM previously decided to move the venue for its official pre-season test from the historic Italian venue to Hockenheim.