The Automobile Club de l’Ouest understands the decision by Sebastien Loeb to withdraw his team from the 24 Hours of Le Mans. The Race Performance no. 34 Oreca 03-Judd has been sent their invitation as the next team on the reserve list.

Sébastien Loeb Racing will not take part in this year’s Le Mans 24 Hours. The 9-time World Rally Champion was supposed to enter an Oreca 03-Nissan in LM P2, which will now be replaced by the Race Performance Oreca 03-Judd.

The second withdrawal among the 56 cars entered for the 2013 Le Mans 24 Hours has been notified to the Automobile Club de l’Ouest. The Oreca 03-Nissan (LM P2) entered by Sébastien Loeb Racing will not be at the start of the 81st event.

This team was chosen by the Le Mans 24-Hours Selection Committee, and it was supposed to take part in the European Le Mans Series from which it has also scratched its entry. According to the team management this decision was taken following the withdrawal of a financial partner who was supposed to join the French squad. 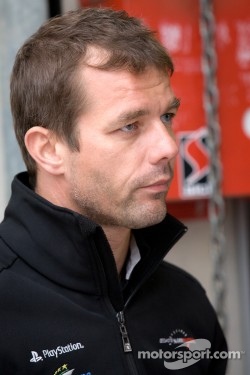 However, Sébastien Loeb Racing has announced its intention to be present at the 2014 Le Mans 24 Hours.

In compliance with the ACO regulations the place left vacant by the Alsatian squad’s defection will be allocated to the first car on the list of LM P reserves. Thus, the no. 34 Oreca 03-Judd entered by Swiss outfit, Race Performance, will join the teams invited to take part in the Le Mans 24 Hours on 22-23 June. The first driver announced is Michel Frey from Switzerland.

This does not change the number of entrants (22) in LM P2 at the Le Mans 24 Hours, which is the category with the highest number of cars out of the 56 present. There are still five cars on the LM P reserve list.