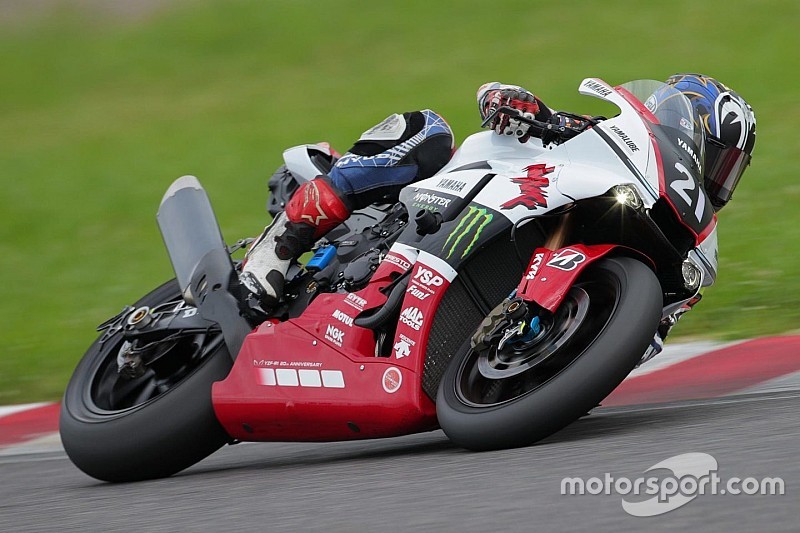 Yamaha holds a comfortable 18-second advantage in the Suzuka 8 Hours after the race-leading Kawasaki nearly ran out of fuel just before the halfway mark.

It was the #33 factory Honda which seized the lead at the start of the race, with Takumi Takahashi sprinting past the #11 polesitting Kawasaki of Leon Haslam into turn 1 and then building a nine-second buffer in wet conditions.

When the track began to dry out quickly, Sylvain Guintoli was the first to stop for dry tyres in the #12 Suzuki, with the move allowing his replacement Bradley Ray to jump into the lead of the race.

Haslam and the #21 Yamaha of Michael van der Mark followed suit soon, while Takahashi waited for several more laps and dropped right at the back of the leading quartet.

In dry conditions, the advantage of Kawasaki and Yamaha bikes seemed evident from the very onset as Jonathan Rea, who had taken over from Haslam, and van der Mark managed to dispatch Ray in quick succession to move into first and second positions respectively.

Rea and van der Mark then got embroiled in a battle of their own and traded positions multiple times before handing the bikes to Haslam and Alex Lowes respectively during the second round of pitstops.

Lowes managed to pass Haslam away from the cameras just before the safety car was deployed in the third hour after the the #88 Club Next and Moto Bum Honda, which was parked on the inside of the hairpin, caught fire.

When the caution period ended, Haslam and Lowes pitted on the same lap, handing the bikes back to van der Mark and Rea respectively.

Not only was the Kawasaki pitstop faster, but Rea also managed a much quicker out-lap to pull away from the Yamaha for the first time.

However, the decision to pit one lap later at the next round of pitstop proved costly, with Rea having to limp back into the pits after nearly running out of fuel.

That put Yamaha, now in the hands of Lowes, back into the lead of the race with the Kawasaki of Rea also dropping behind the #33 Red Bull Honda into third place.

While the factory Honda hasn’t been a match to Kawasaki and Yamaha in dry conditions, a pitstop advantage means it could come into play later in the race.

The #12 Yoshimura Suzuki dropped out of contention after Ray was involved in a crash with one of the backmarkers during the second hour, forcing him to come in for two separate pitstops for repairs.