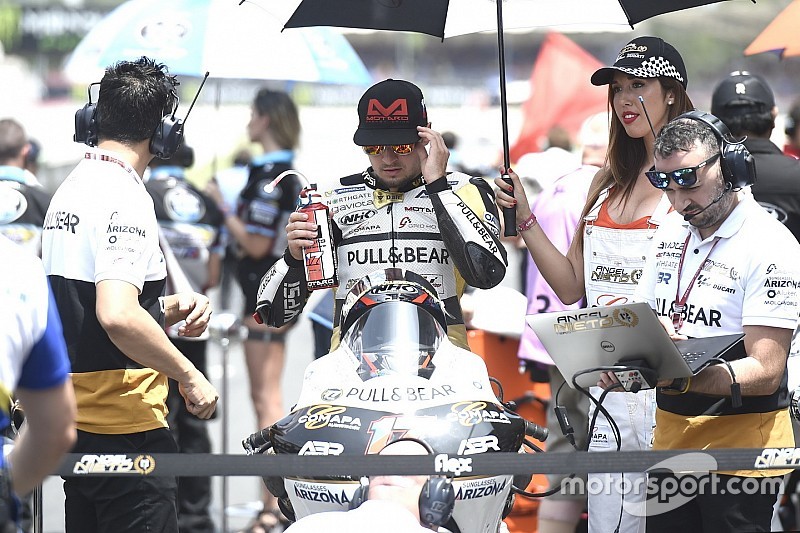 Karel Abraham insists that signing a deal with Avintia Ducati until 2020 was "not about money", as the team had other options who could have brought bigger sponsorship budgets than him.

Abraham's future in MotoGP looked uncertain for most of this year's silly season as the successor to his current Angel Nieto team, SIC Racing, signed Franco Morbidelli and Fabio Quartararo for 2019.

But in the end the Czech rider secured a move to Avintia Ducati and, after racing with two-year-old bikes for the past two seasons, Abraham will ride a year-old GP18 in 2019.

He effectively replaces Xavier Simeon at the team, with Tito Rabat expected to stay alongside Abraham.

While Abraham admitted that he does bring money to Avintia, he reckons the team's decision was not solely down to that, as other riders in contention could have brought even more financial support.

"It was very difficult because obviously there were some points where it was looking really bad, looking that next year there won't be a place for me in MotoGP," Abraham told Motorsport.com.

"But we tried to work very hard, I know that this position that I got was between me and a couple of other riders.

"A lot of people say bad things about me on the internet that we paid for the place, and to be honest, of course we had to bring money. But all the other guys were about to bring the same money.

"They just took the decision together with Ducati to take me, I can out of my pure heart say this decision was not about the money but [something] deeper down."

Abraham revealed that while the plan is to use a one-year-old Ducati in 2020 as well, he has the chance to get an even better bike, should he get "exceptional results" in 2019.

"This [riding a year-old bike in 2019] is what it says but the contract in this way is a little bit open," he said.

"Of course yes, we get 2019 [bike] in 2020 but we have an option if we have exceptional results to even upgrade to a better bike or better parts. But this is just if the results are really super-good."

Abraham added that he was exploring options outside of MotoGP such as World Superbike, but there were no options to ride a competitive bike there.

"I was looking somewhere else," he said. "At the moment that I was doing it, it looked like all the spots were taken [in MotoGP], almost for sure.

"It looked like Superbike was impossible for me, to [get] a good place. Then later on when my place was almost secured here in MotoGP, we found out the situation with Ducati that [Marco] Melandri is not going to be there and there is a good option to go to factory Ducati.

"I was looking even into other championships and one of the good things that you are calling all the other people, you get loads of contacts to other managers or whatever, people around motorsport.

"I did call a couple of places, I did make some contacts and stil I want to meet some people that I talked to because they might be very interesting for the future either for me or for someone else that I will be working with."