KTM rider Pol Espargaro is in danger of having to miss a further MotoGP race at Misano, as his fractured collarbone is not healing correctly. 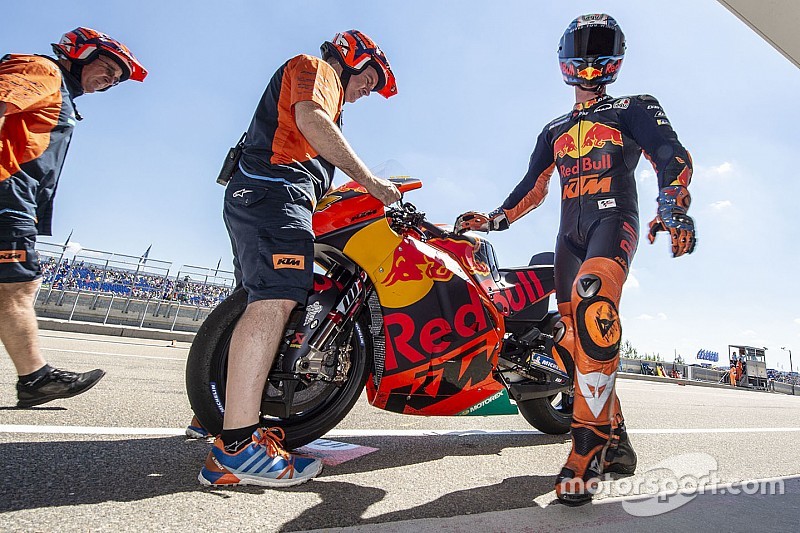 Espargaro has been out of action since fracturing his collarbone in a warm-up crash at Brno earlier this month, an incident that also left him with swelling around his spinal cord.

KTM was not obliged to replace him for the Austrian Grand Prix, which took place the following weekend, but had to seek a replacement for this weekend’s Silverstone race – despite regular test rider Mika Kallio also being unavailable due to injury.

The Austrian marque eventually settled on World Superbike rider Loris Baz, who lost his Avintia Ducati ride in MotoGP at the end of last season, for a one-off return.

Espargaro’s elder brother Aleix provided an update on Pol’s situation at Silverstone, but indicated that his collarbone injury is possibly worse than first thought.

“[Pol is] very angry,” said the Aprilia rider, “because after the crash, they [the doctors] said, ‘No worries, the collarbone is not problem, you just need to wait two weeks and it will heal up'.

“Three days ago he made a scan and the collarbone was worse – completely broken. He said, 'If it was like this, why didn't you operate on me?'

“Now he's thinking if he gets an operation or waits more – because if he waits to race in Misano it's not that clear he can arrive in Misano because if you don't make an operation to the collarbone, it's quite slow [to recover].”

A KTM spokesperson told Motorsport.com it is the team’s hope Espargaro will be fit for a Misano return, but that Baz will not fill in for the Spaniard if he can’t race.

Instead, newly-recruited test rider Randy de Puniet would most likely race at the Italian venue, following a test at Aragon set to take place early next week.

For his part, Baz – who is set to return to WSBK action for Althea BMW at Portimao on 15-16 September – stressed that he has no plans to race for KTM beyond Silverstone.

“Honestly it’s just for one race,” he said. “I really think Pol will be fit [for Misano], and I hope he will be. It’s the plan to ride only here.”

Baz ended up 24th and last in first practice for the British GP, 4.6 seconds off the pace and 2.7s behind KTM regular Bradley Smith. 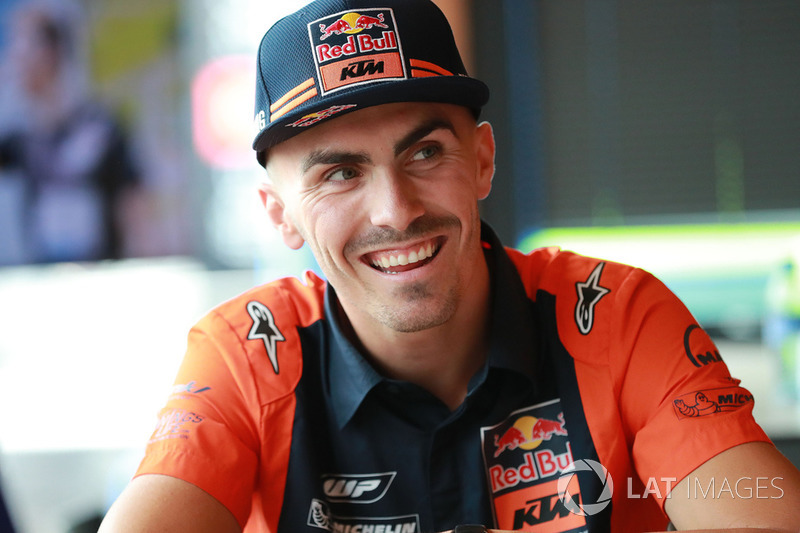