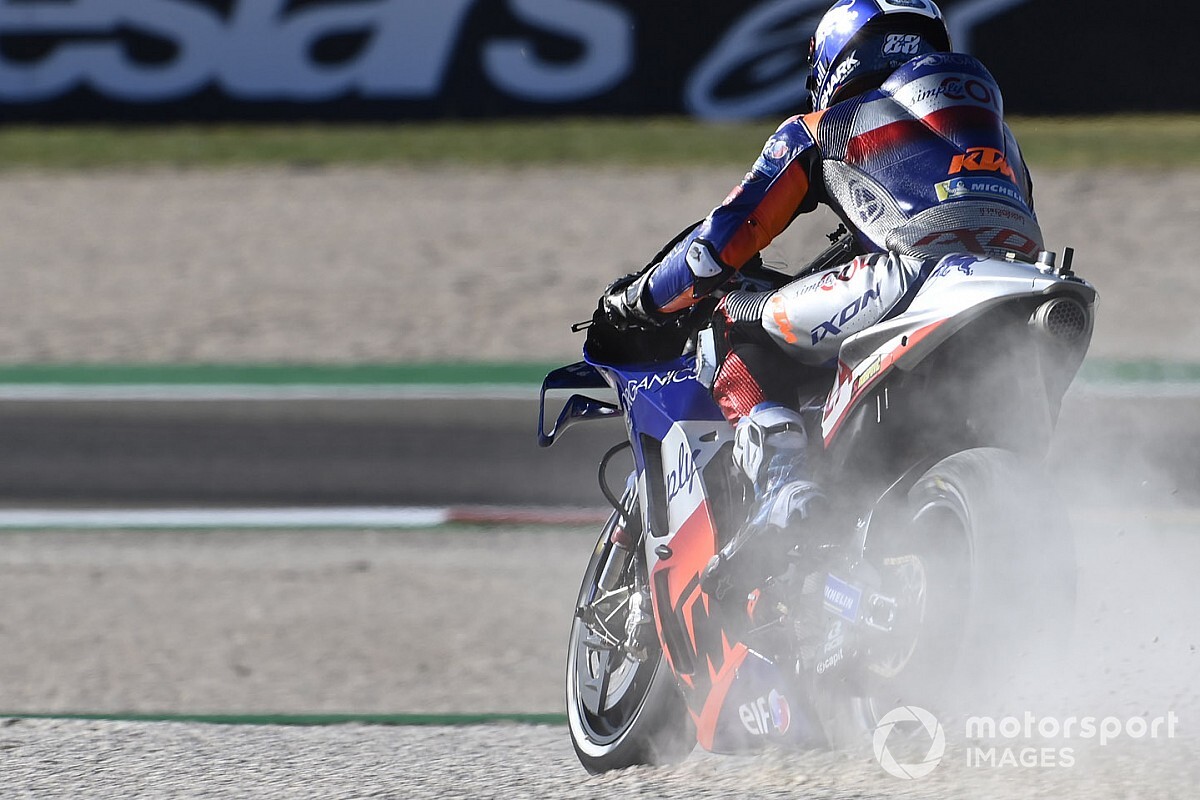 The MotoGP Aragon Grand Prix start time on Sunday has been pushed back by an hour as part of a shake-up to the rest of the weekend schedule beginning on Saturday.

The opening practice session for the Aragon GP on Friday was delayed by 35 minutes to allow for the track to warm to a safe temperature for Michelin’s tyres to work.

However, riders still felt the conditions were not optimal to be riding on and Saturday morning’s FP3 schedule for all classes was pushed back by half an hour as a result. Track conditions were set to be discussed in this evening’s Safety Commission meeting for the riders, with MotoGP organisers Dorna Sports issuing a new schedule.

All track action has been pushed back by an hour, with Moto3 FP3 kicking things off at 10:00am local time. The first MotoGP session will now take place at 10:55am local time, with FP4 and qualifying starting at 2:10pm and 2:50pm local time.

On Sunday, MotoGP’s warm-up session will get going at 11am local time, with the Moto3 race at midday.

The Moto2 race will follow at 1:20pm, with the MotoGP race getting under way at 3pm local time.

Earlier on Friday afternoon, a number of riders expressed concern that the initial 30-minute FP3 delay wouldn’t be enough to allow the track to warm sufficiently. With the new schedule, several riders outside of the provisional Q2 places – including the Ducatis of Andrea Dovizioso, Jack Miller and Le Mans winner Danilo Petrucci – may stand a better chance of improving on their FP2 times.

Due to the cold conditions expected for the final run of races at Aragon, Ricardo Tormo near Valencia and Algarve in Portugal, the allocation of front soft tyres has been increased by one from five to six for each weekend. It is not clear yet if future races will have their schedules altered in response to the expected colder conditions.

Vinales “not thinking about” MotoGP championship at Aragon