Austria the worst track of the year for Yamaha – Rossi 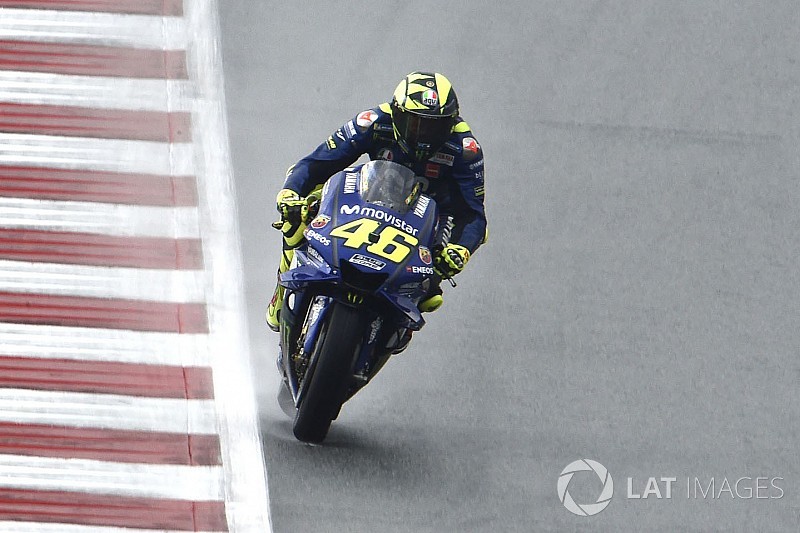 Valentino Rossi says this weekend’s Austrian Grand Prix will be the hardest of the MotoGP season for his Yamaha team, owing to its stop-start track layout.

Rossi struggled to the 11th fastest time during the first practice session of the weekend at the Red Bull Ring, just over a second off the pace set by Ducati rider Andrea Dovizioso, after having to change bikes early on due to a broken sprocket.

A rain-affected second session left Rossi in the same position overall at the end of Friday, meaning he faces having to go through Q1 if Saturday morning’s third practice session is also hit by inclement weather.

The Italian believes the combination of slow corners and long straights at the Austrian track means Yamaha – which has gone 22 races without a win in MotoGP – is in for another difficult weekend.

“For me, it’s the worst configuration when you have to start from the slow hairpins, first or second gear, and after you have a long straight,” Rossi said. “It’s where we suffer more.

“So for me the layout of this track is the worst one for us [on the calendar].

“Our bike has a better corner speed, so in a track like Brno or Mugello, you can push under this point of view. But in Austria it’s more difficult because we don’t have many of this [type of] corner.

“We have to work in all areas, also in braking, for sure. Looks difficult, here looks like the gap to the top is bigger, and we suffer."

Rossi added the Yamaha’s habitual acceleration problems were even more pronounced in the wet, after he finished 2.3 seconds off the pace in FP2.

“Our problem in acceleration with the electronics system in the wet becomes bigger,” he said, “because the amount of grip is a lot less. The gap between us and the top guys becomes very big.”

“Still remains a big problem, the acceleration, and on this track we have to suffer,” said Vinales. “We don’t have any chance. The bike is not working, but it’s not in our hands right now.”

Keeping second in points will be hard

Rossi currently lies second in the standings, 48 points behind Marc Marquez, but is resigned to losing ground to the Ducatis of Dovizioso and Jorge Lorenzo in Austria.

He said: “Except Argentina, in all the other races I’ve finished in the top five. Even if I haven’t won, I’ve managed to get on the podium many times and I’ve not thrown away points.

“I’m ahead of the Ducatis, also because they have made some errors, but it will be very difficult to keep second place in the championship, especially from Dovizioso but also from Lorenzo.

“For this reason, it will be very important to score points on Sunday even if they are ahead.”

KTM will "have a problem" replacing Espargaro