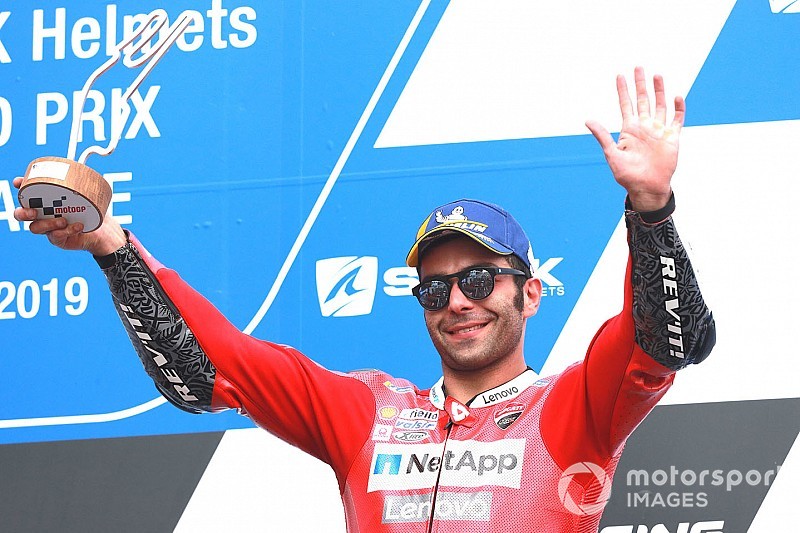 Unlike teammate Andrea Dovizioso, Petrucci has a contract that runs out at the end of the year, and has Pramac's Jack Miller vying for his ride.

The Italian was in danger of being overshadowed by fellow GP19 rider Miller over the first rounds of the season, but bounced back in Le Mans to pick up his first podium as a works Ducati rider, finishing a close third behind Dovizioso.

“Danilo’s podium was very important,” Ciabatti told Motorsport.com. “He did exactly what Ducati is asking of him, which is to run in front without doing anything crazy.

“Everybody got nervous after the first three races, but now he’s showing his progress.

“Danilo is under the same pressure as Miller because both have a one-year contract and are competing for the same goal.

“One wants a promotion, the second wants a renewal. We'll have to see how the next two rounds go [in Mugello and Barcelona], then we’ll discuss the situation and take a decision.”

Dovizioso, who has emerged as the Italian firm's benchmark rider in the last few years, had a fractious relationship with his previous teammate Jorge Lorenzo – but the current line-up is presenting no such issues.

“We want to have a balanced team in which the teammate is not the main rival,” Ciabatti said.

“We are pleased with our two MotoGP riders and, besides that, we really like the relationship and the synergy existing between Andrea and Danilo. All these things help to have a very positive atmosphere.”

Contributing to this harmony is the fact Petrucci relocated close to Dovizioso's hometown Forli in the off-season, and has been working closely with his teammate.

“For sure I have a lot of respect for Andrea, especially because as many know I moved my house in his hometown, he help me a lot but not only in the training, in every part of life,” Petrucci explained to MotoGP.com at Le Mans.

“For example we had dinner together because I was alone and I don't know no one in Forli, he helped me a lot and this result [third place] is in part also for him.”

Petrucci also said that he benefitted from Dovizioso's advice amid the middling start to his 2019 season.

“Since 2017 people give me pressure because of the situation [of] two years ago with Lorenzo, last year the same, I have always a lot of pressure and I've won nothing at the moment.

“I don't imagine if I win something one day, but always people like a lot to criticise me. I just don't listen, I don't care, for this part I have to say a big thanks to Andrea.

“After [the third race in] Austin he talked to me and said to not care, to push on your weak point, to find the way to enjoy what you are doing, and this after Austin helped me a lot.” 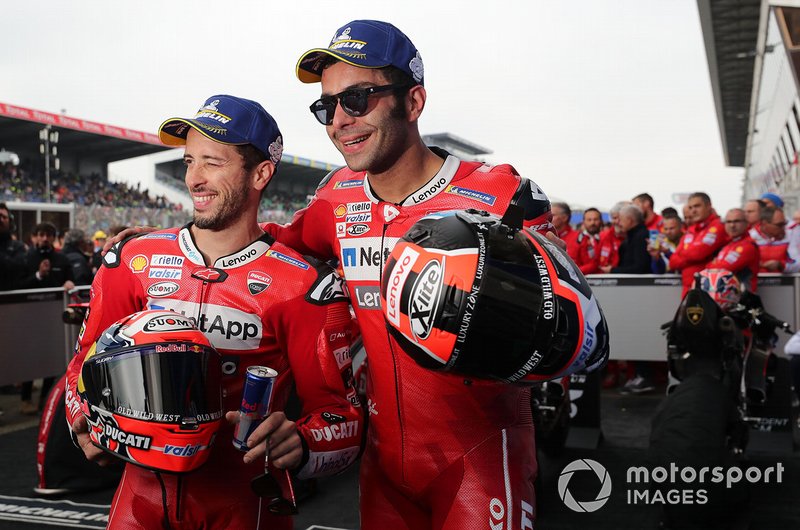