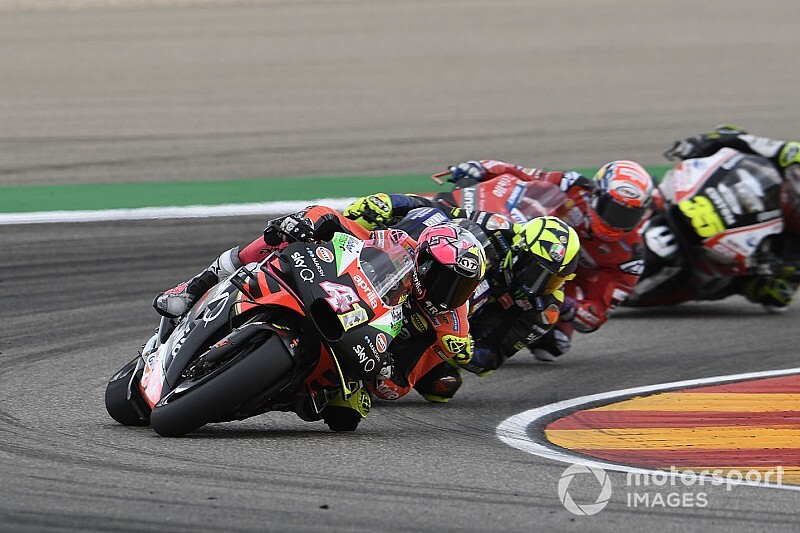 Aleix Espargaro has warned that his strong Aragon MotoGP weekend is not the “reality” of Aprilia’s true pace, and admits the Italian manufacturer is still “suffering”.

Espargaro put his RS-GP fifth on the grid having held a front row spot briefly in qualifying, and was only narrowly pipped to sixth by Cal Crutchlow late on in the 23-lap Aragon race.

An 11th-place finish for Andrea Iannone on the second Aprilia meant the Noale marque came away with its strongest points haul of 2019 yet, narrowing the gap to KTM in the fight for fifth in the constructors' battle.

At Misano, Espargaro had expressed disgruntlement at the fact Aprilia had brought no updates to the recent test at the Italian track, which prompted a conflict of comments in the press between Espargaro and Aprilia boss Romano Albesiano.

Espargaro conceded his first top eight in a year was a positive result, but was quick to dismiss any thoughts that Aprilia had turned a corner in its difficult 2019 season.

“Yeah, but we cannot forget we are not in a different moment now,” Espargaro said of his Aragon result. “The reality is we are not competitive enough. Aprilia and myself, we are not in the place where we have to be.

“I hope next season, I truly believe next season every race can be like this one. I’m not saying we need to fight for the podium, but every race we have to be fighting for the top eight, and five, six, seven seconds from the top guys – not more.

“In the other tracks we finish more than half a minute [off the win]. This is embarrassing.

“Obviously this [result] gives me a little bit of confidence and to the team as well, but the reality is the bike is the same as last week.”

Speaking about his race, Espargaro says he expected to be able to fight with the Yamahas of Maverick Vinales and Fabio Quartararo until the end, but was denied the opportunity because a lack of front feeling.

“The first laps I was a little bit scared and worried because I didn’t feel very good with a full [fuel] tank,” he added.

“I had a few problems with the front, and Quartararo and Vinales opened a small gap. But, then, after three laps I start to feel competitive.

“I recovered the distance with them and I enjoyed it a lot. I expected a little bit more. I expected to be able to fight with the Yamahas until the end, but it was not possible with everything.

“We lose a little bit under acceleration and I was not able to gain enough under braking because I didn’t feel super-good with the front tyre.

“But, overall, super-solid race. The gap between us and the podium was very short, so I’m satisfied.” 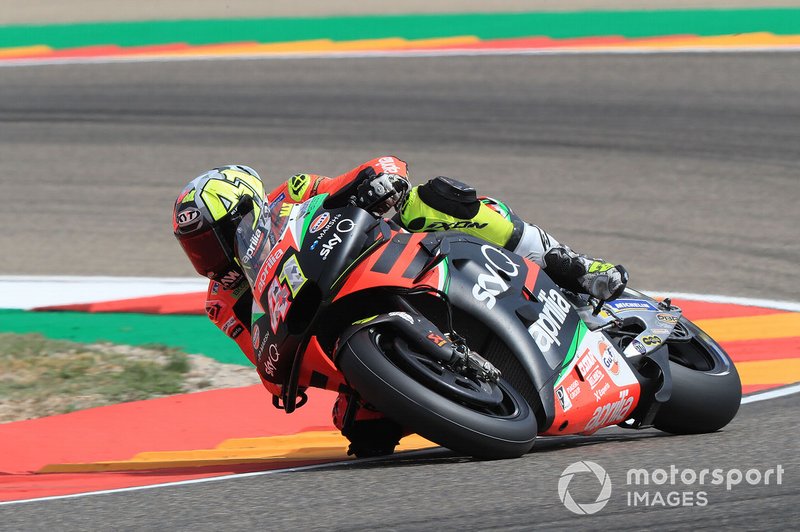 Lorenzo has no choice but to "accept" current speed

Dovizioso: Barcelona “cut off our legs” in title fight

F1 needs thinktank to look at options like hydrogen - Renault