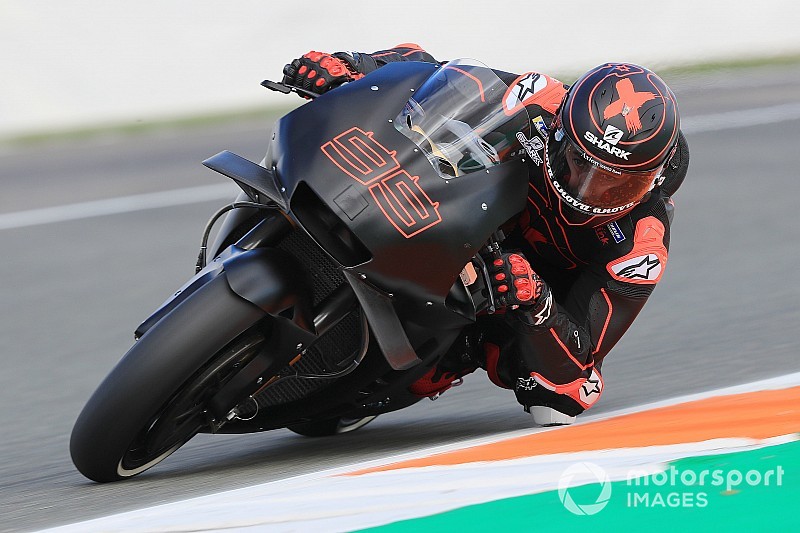 Three-time MotoGP champion Jorge Lorenzo will undergo surgery after suffering a fracture in his left wrist, his new Repsol Honda team has confirmed.

Lorenzo, who joined Honda to partner reigning champion Marc Marquez after two seasons at Ducati, was admitted to hospital on Saturday in Verona, Italy, as he felt severe pain in his hand.

The team has now revealed that the 31-year-old rider sustained a scaphoid fracture during training, and that he is set to have his wrist operated on on Monday “after additional checks”.

Having already sampled the Honda MotoGP bike in last year's post-season tests at Valencia and Jerez, Lorenzo was poised to make his first official appearance as a Honda rider in the team's Wednesday season launch event in Madrid.

He now faces a race against time to be fit for the opening pre-season test in Sepang on February 6-8, which will be followed by a second three-day test in Qatar later that month.

Lorenzo underwent two surgeries late in 2018 after his second season as a Ducati rider was impacted by injuries.

He had surgery on his left wrist in late October, and opted to undergo a post-season operation on his right foot in December.

The current wrist injury is not believed to be related to last year's fracture, which was the result of a heavy crash in practice in Thailand.

Lorenzo is set to make his race debut with Honda at Qatar's Losail International Circuit on March 10.