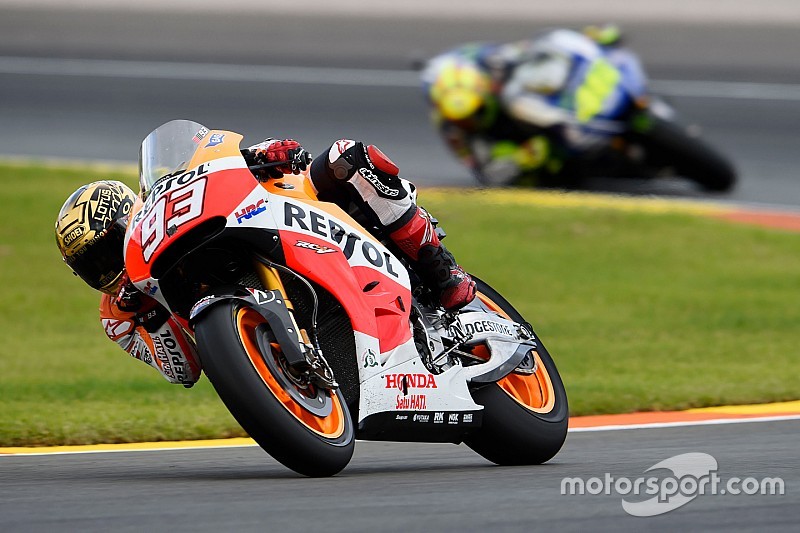 Valentino Rossi says this year’s MotoGP championship reminds him of Marc Marquez’s dominant romp to the title in 2014.

Although the field is much more tightly bunched this year, Marquez has won four of the first eight races to go 41 points clear of his pursuers, again led by Rossi, who has yet to finish higher than third.

Rossi said Marquez’s advantage over the field – demonstrated by him being able to break free from a frantic six-way lead fight to win by two seconds at Assen – is reminiscent of his rival’s former domination.

"In terms of both my results and the overall results, it is not the championship I would have expected,” admitted Rossi.

“[In Assen] Marquez was the one who had more, and when he decided to go, he did, so it will be difficult [to catch him].

“But you always have to try to be there and I think there will be a good fight for second place, with at least four or five riders.

“It reminds me a little of 2014, when Marquez was a little ahead of everyone, but I was there [that year] and I finished on the podium many times.”

Rossi has repeatedly stated this year that electronics remain Yamaha’s weakness, with this month’s Assen round marking the one-year anniversary of the manufacturer’s last MotoGP win.

While he has all but given up on being able to catch Marquez, the Italian remains hopeful of being able to win a race this year if Yamaha is able to make a step forward in the latter part of the season.

“It has to be said that me and Maverick [Vinales] have earned quite a few points, with some podiums, and he has also managed to get a second place,” said Rossi.

“But it feels like a lifetime ago since we won a race.

“I repeat, the other bikes have made a big step forward in acceleration with the electronics, and we remain a bit behind.

“Our bike is still great to ride and stable on braking, but we need to see about the second part of the year.

“I hope they work on this point, because the championship is still very long. We hope in the last part of the year we have the potential to win, but it won’t be easy.”