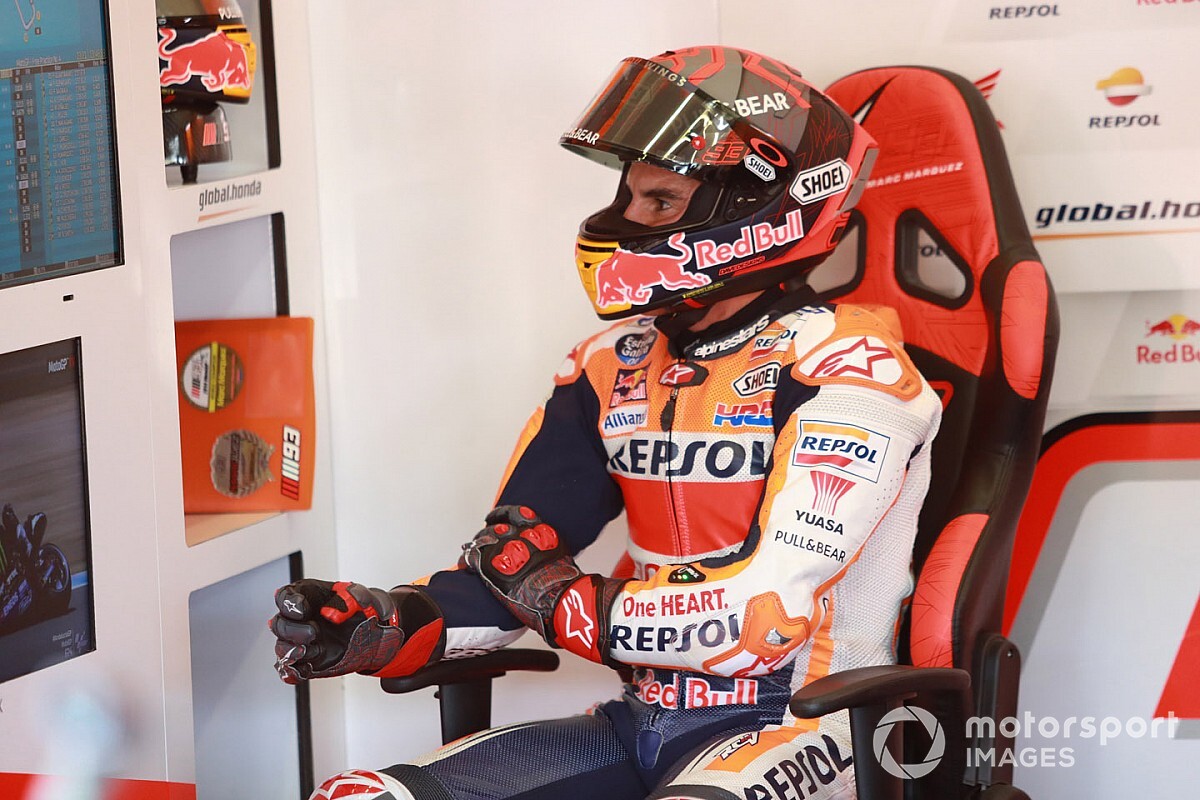 Marc Marquez has withdrawn from the remainder of the MotoGP Andalusian Grand Prix after suffering with pain with the broken arm he recently had surgery on.

The reigning world champion suffered a heavy accident in last weekend’s Spanish Grand Prix at Jerez and broke the humerus bone in his right arm as a result.

He underwent surgery in Barcelona on Tuesday and was expected to miss this weekend’s second Jerez outing, with his Honda team having packed up his side of the garage.

However, Marquez returned to Jerez in an attempt to ride this weekend and was passed fit by MotoGP medical staff on Thursday.

As a compromise with Honda, Marquez sat out Friday’s running as a precaution and returned to action this morning in FP3.

Completing 18 laps, Marquez ended the session in 19th with a laptime just 1.2 seconds off the best pace set by Yamaha’s Maverick Vinales, and rode again in FP4.

Starting Q1, Marquez completed just one outlap before pulling into pitlane and heading out the back of the garage.

Honda has now confirmed Marquez will take no further part this weekend, meaning he will miss a MotoGP race for the first time in his career.

Sunday’s Andalusian GP will also be the first time since the 2011 Valencia Moto2 round that Marquez has missed a race through injury.

Potentially looking at a 50-point deficit to the championship lead for Brno should Fabio Quartararo win again on Sunday, Marquez’s hopes of a seventh MotoGP title in 2020 have taken a serious knock.