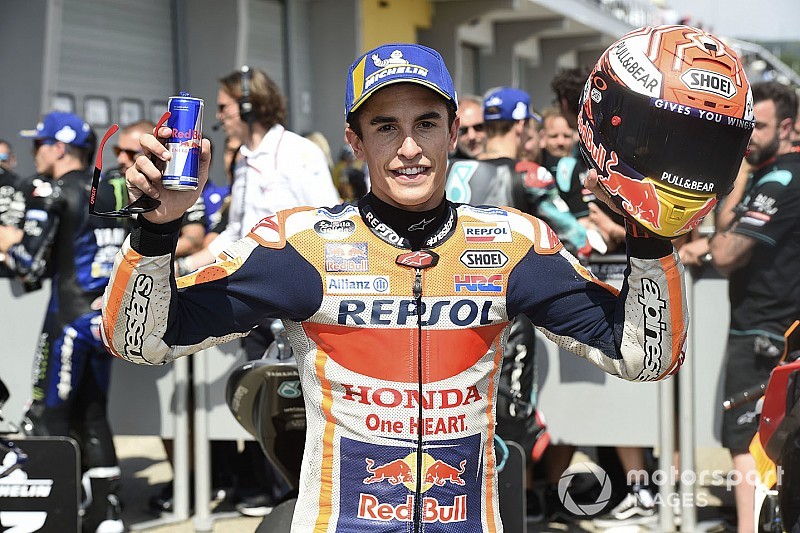 MotoGP points leader Marc Marquez says he will be ready to sacrifice his winning streak at the Sachsenring if he feels going for the win could be detrimental to his points lead.

The Honda rider is 44 points ahead of his nearest rival Andrea Dovizioso in the title race, with another 11 races left to run this season.

Marquez is unbeaten at the German venue since 2010 in various classes of grand prix racing, in a streak that includes six consecutive MotoGP wins from pole.

But while he saw off the Yamahas of Fabio Quartararo and Maverick Vinales on Saturday to head the grid once more at the Sachsenring, Marquez insists he will not prioritise extending his run at the venue.

Speaking about his expectations for the race, Marquez said: “It's true that both Yamaha riders are in very good form, they are riding really good, but also [Suzuki rider Alex] Rins is there with a good pace.

“The good thing for me is that the closest guys in the championship, that are the two Ducati riders, they are struggling a little bit, especially Dovi – so this is important, and this is good for me.

“But anyway I'm not thinking about the 10th consecutive victory, I'm thinking about the championship. Tomorrow we will see, if for some reason the tyres drop, for some reason the grip of the track is not the best one, [if] I don't find the feeling, it's better to take points, it's better to be there at the top of the championship then win here again at the Sachsenring.”

Marquez, who topped two of the four practice sessions in addition to qualifying this weekend so far, has been trialling a new Honda chassis, and believes it may have more potential than the current specification.

However, he will not run it in Sunday's race, as he feels the risk of a costly error would be higher than if he sticks with the older version.

“And the negative things can sometimes create a crash, and then you try to avoid these things.

“And yeah, maybe with the new chassis I can be even faster, but I don't feel safe enough to do 30 laps in a row. So it's time to analyse deeply, but it's more about safety and about our situation in the championship.” 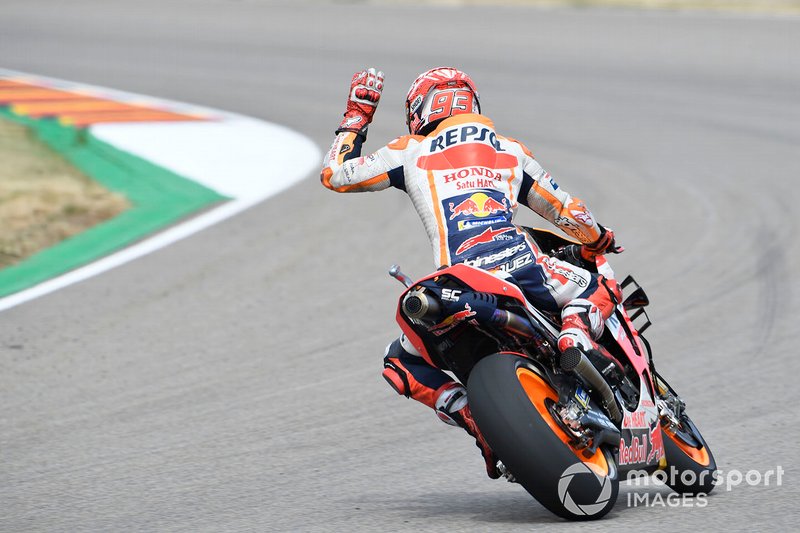