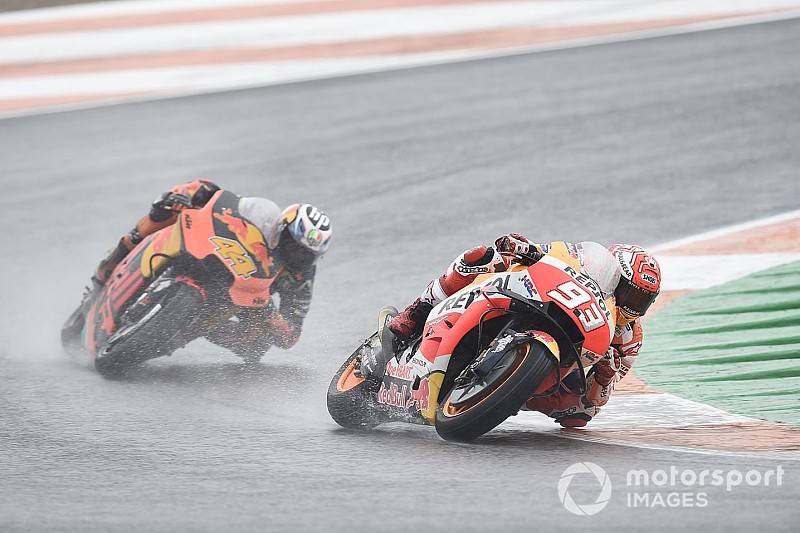 Honda rider Marc Marquez says his bold tyre choice for the MotoGP season finale in Valencia was his “first big mistake” of the 2018 campaign.

Marquez, who sealed his fifth premier-class title with three races to spare last month in Japan, had been on the podium on all but three grands prix of the season heading into Valencia – as he was penalised for hitting Valentino Rossi and Aleix Espargaro in Argentina, crashed out in Mugello and was taken out at Phillip Island.

He was the rider to beat in wet conditions in Valencia, but was alone in choosing the medium rear wet tyre for the race and struggled to replicate his practice pace, before crashing hard at Turn 9 after rain had intensified.

“Today maybe was my biggest mistake of the season,” he said afterwards. “Why? Because I chose the medium rear tyre.

“And then in the last part of the grid procedure rain stopped. I say 'put the medium', they put the medium, but when we start the race, start a big rain and then was so difficult because every time the rear temperature was going down and down. And yeah, then I crashed.

"Fortunately I am okay physically but it's true that I need to learn about my mistake, because today the decision was not the good one. I was the only one with the medium.

“I don't know why but sometimes I take the decision in the last moment, it's the correct one. Today was my first big mistake of the season. Fortunately it's the last race.”

Marquez, who said he was left “confused” by the feeling he had in third practice, was adamant he would not have made the wrong tyre choice if the title fight hadn't been over.

“If I fight for the championship, I will choose the same option like the others. Why? Because then I know I have the same options, same tools to arrange the best result.” 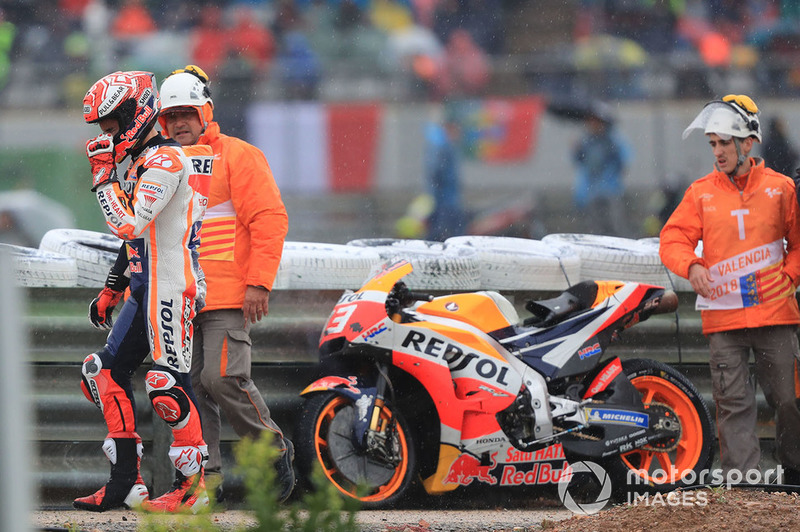