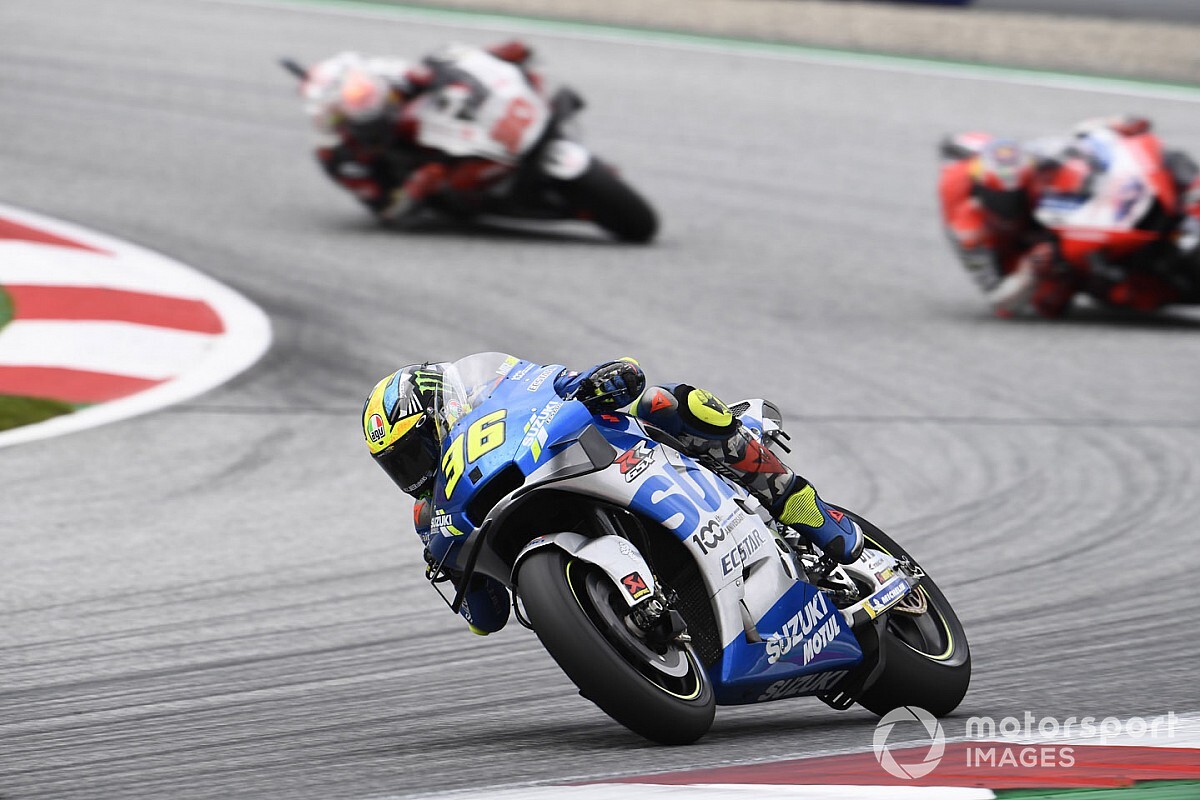 Joan Mir believes Suzuki "is a contender" in the 2020 MotoGP title race despite having only scored one podium finish from the first five races.

The 2017 Moto3 world champion beat Pramac's Jack Miller to second in the Austrian Grand Prix last month to register his first podium in the premier class and the first for Suzuki in 2020.

Mir was on course to back that up with a maiden victory in the second Red Bull Ring Race before brake failure for Maverick Vinales brought the Styrian Grand Prix to a halt on lap 17 while the Suzuki rider was leading by over two seconds.

With no fresh medium front tyres left, Mir was powerless to stop himself being demoted to fourth in the 12-lap restart.

This leaves Mir eighth in the standings and 26 points off championship leader Fabio Quartararo on the Petronas SRT Yamaha.

But given how well the GSX-RR performed at the horsepower-dependent Red Bull Ring – an area Suzuki still lacks compared to Ducati, Honda and now KTM – Mir's form in the Austria double-header proved he and the Japanese marque are in the title hunt this year.

"Of course it is," Mir asked if Suzuki's form in Austria was encouraging.

"So, I'm proud of my team, proud of Suzuki. For sure, Suzuki is a contender for the title."

Teammate Alex Rins echoed his praise for the Suzuki, with the Spaniard sixth in the Styrian GP after a botched launch at the restart left him with ground to recover, while he crashed having just taken the lead in the Austrian GP.

A shoulder injury, which ruled him out of the Spanish GP and hindered him in the Andalusian round, as well as his Austrian GP crash have left Rins 41 points from the standings lead in 13th.

"Yeah, for sure I need to be happy because Suzuki made a big step in Austria," Rins said when asked if he was satisfied with Suzuki's current form despite his Austria woes.

"For sure [we were] unlucky, because Joan was able to win his first race, but with the red flag he couldn't.

"But the rhythm was there, I also had a bit of bad luck in the second race at the start. But we need to be quite happy."

Marquez absence made MotoGP riders feel they can win races