What a MotoGP legend learned from Manchester City boss

Six-time MotoGP world champion Marc Marquez says Manchester City boss Pep Guardiola taught him “how to survive in the sporting world” mentally during a trip to the team on Wednesday.

Honda rider Marc Marquez and his brother Alex Marquez were invited guests at Premier League side Manchester City ahead of this weekend’s British Grand Prix at Silverstone.

Aside from the usual photo opportunity, Marquez revealed he was invited to a two-hour lunch by City manager Guardiola.

Marquez says he was able to learn a lot from Guardiola on how to approach his life in sport.

“Yeah, of course we had a really nice chat with Pep and I want to say thanks to Manchester City, but especially Pep Guardiola’s group because it was a nice talk,” Marquez said on Thursday at Silverstone.

“But then they invited me to lunch, which was not in the plan, and we were talking for nearly two hours because it was a friendly talk and I feel good.

“When both persons feel good everything is easier. 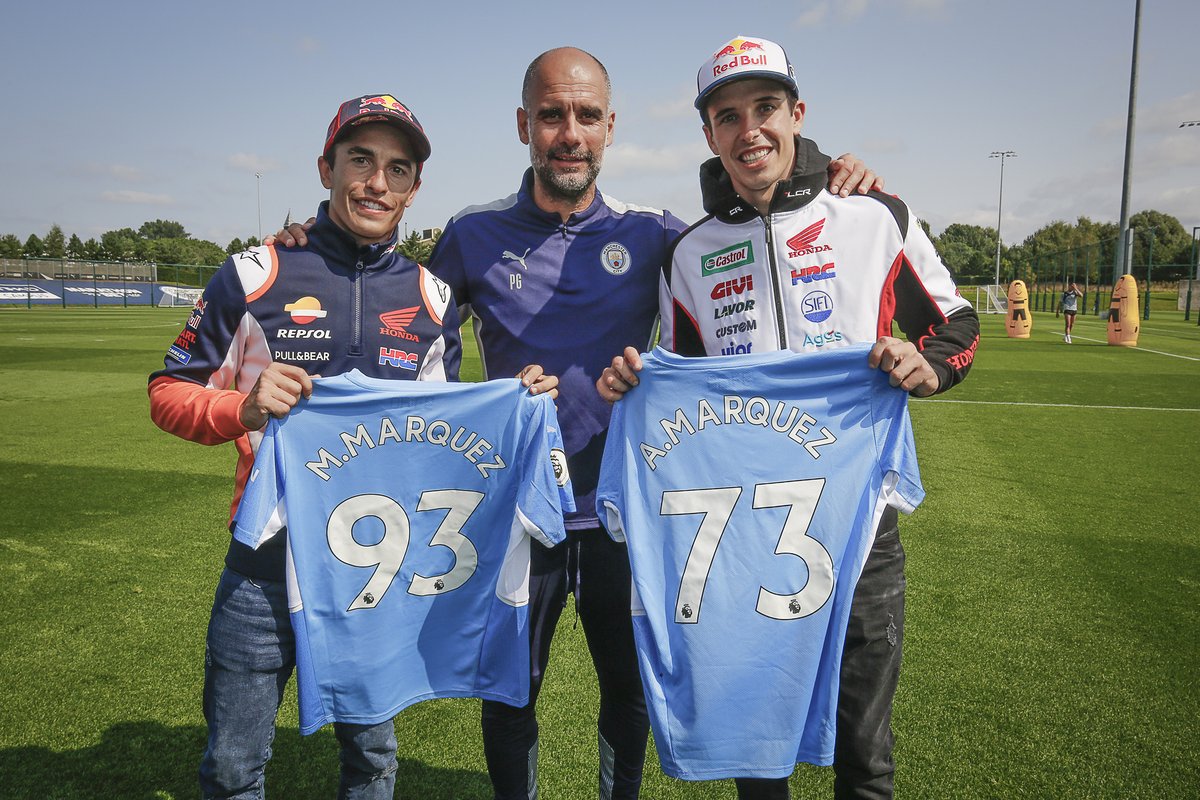 “We talk about many things but was really nice because you can learn many things from Pep and one of the things was this, the mental side, how to approach situations, how to survive in the sporting world because he told me – and it’s the correct thing – ‘it’s always the present, the people always forget what you did in the past and it’s not important what you did in the past when you are in the present’.

“And in the present you need to show everything and this about mental side is important to understand.

This weekend’s British GP marks the first since the COVID-19 pandemic began, with a sold-out Silverstone set to welcome a full capacity crowd.

Marquez comes into the Silverstone round 11th in the standings following a tumble late on in the previous Austrian GP, in which he finished 15th.

The Honda rider was asked if he was worried about the strain the physical nature of Silverstone could have on his recovering right arm, but he admitted it was too early in the weekend to think about that.