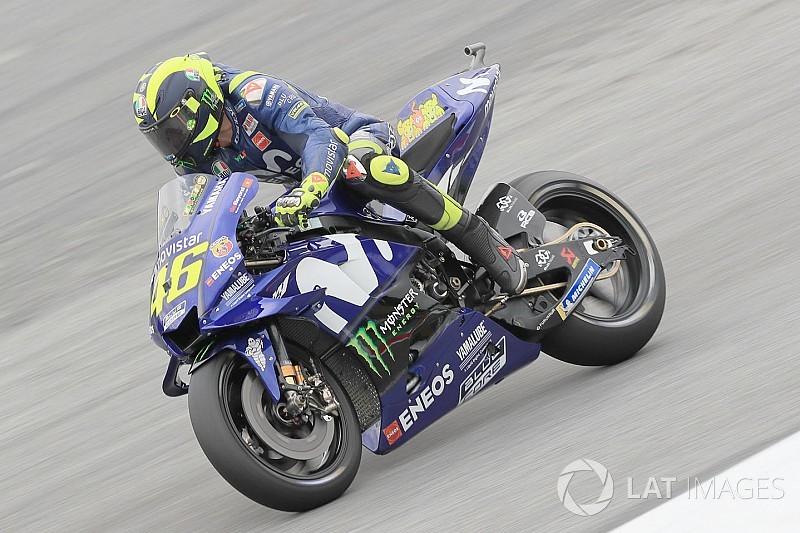 Yamaha MotoGP project leader Kouji Tsuya has apologised to Valentino Rossi and Maverick Vinales after a low-key qualifying for the Austrian Grand Prix.

Vinales was more than a second off the pace in 11th, while Rossi was unable to advance from Q1 and will only start Sunday's race 14th.

The problems stemmed from the Red Bull Ring highlighting the bike's long-standing acceleration issues, which has been Yamaha's biggest weakness for over a year.

Consequently, Tsuya apologised to the riders for the bike's shortcomings, saying: "We have to apologise to riders because [we have] less performance, acceleration performance right now.

"Today it was very difficult day for us. This track we know difficult for us, because we couldn't achieve to make it just right the power delivery for riders. So that is why it was maybe the worst qualifying result for us."

Tsuya added that Vinales who, before qualifying, spent most of FP4 in the bottom half of the order before ending up 11th, had an additional sensor problem.

"Also Maverick, today, and also on Friday we have some sensor problem, means technical problem on our bike," he said.

"So now seriously we are investigating how we can solve this problem for tomorrow, but I just want to say sorry to riders, not to concentrate to go faster to qualify better result."

Yamaha will have two tests in the near future at Misano and Aragon before and after the upcoming Silverstone round respectively.

"Now we are working hard as ever to find a solution for tomorrow and also after this race," he said.

"We have a test in Misano before Silverstone and also after Silverstone we have the test in Aragon as well to find the solution to these difficulties."

When asked if Yamaha's apology is a sign of the manufacturer taking the bike's issues more seriously, Rossi said: "I hope, because is a very long time that I speak with them for the same problem and after one year we have always the same problem.

"I hope that they give the maximum for fix. I cannot say the answer now, we have to see the time, next months, if we are able to improve."

The Italian added that while he expected to struggle at the Red Bull Ring, he has suffered more than expected, and his 14th place in the grid is "critical".

"I know that in this track we have to suffer this year because maybe is the worst track in the calendar but I expect and I hope to suffer a bit less than this," he lamented.

"I was also unlucky because the only qualifying for arrive in the Q2 was FP1 and unfortunately in FP1 I broke the bike after three laps.

"I wasn't able to arrive to Q2 unfortunately and I will have to start from the fifth row tomorrow.

"That is very difficult and critical, especially here because the first three-four braking [points] are difficult for everybody and when you are in the pack is, we have to keep potential."