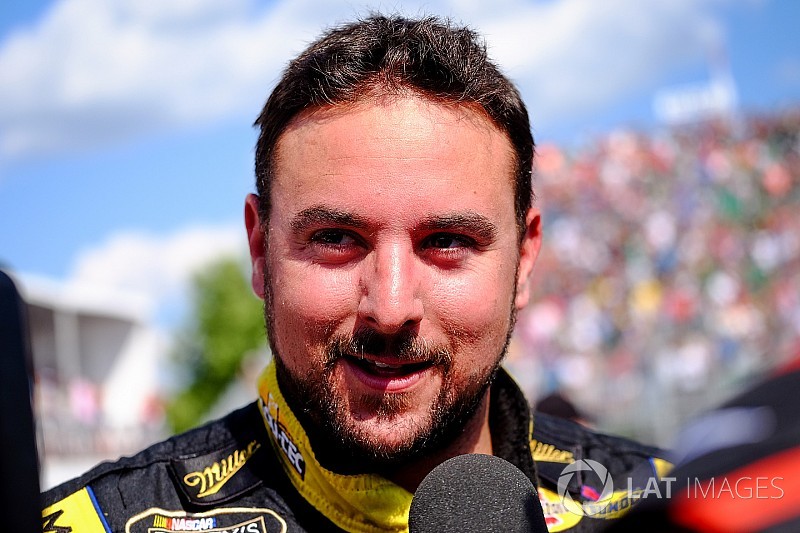 Andrew Ranger edged L.P. Dumoulin at Autodrome Chaudiere to become third different winner in as many races this season in the NASCAR Pinty’s Series.

Although Dumoulin appeared to have the strongest car in the race, Ranger showed why you always keep pushing hard throughout the race and good things might happen.

Ranger took the lead from Dumoulin during a restart on Lap 179 and remained out front the rest of the rain-shortened race to win the Bumper to Bumper 300 Saturday night.

Ranger, who ended a 22-race winless streak and added to his series record with his 23rd career win, found running the high line around the fast .25-mile track made a difference for him late in the race.

“My crew chief Dave Wight was telling me before to stay low, but I found it better up high,” said Ranger. “And when we made our pit stop we did a little adjustment and the car was even better.

“I’m so happy to get this win. I’ve got to say thanks to Mopar and my whole team that worked so hard for this. (It was a) great job by everyone”.

Dumoulin, who led a race-high 167 laps, including the first 146, was able to come home second with Donald Theetge scoring his second consecutive top-five finish at the Quebec track coming home third.

Kevin Lacroix, who entered this event as the series points leader, suffered a blown motor on Lap 125 ending his day early. Lacroix would finish 16th ending a string of six consecutive top-five finishes dating back to last season.

A NASCAR first: European and Canadian drivers will trade places