Lacroix helps ease a frustrating season by scoring one of the biggest wins of his career at New Hampshire Motor Speedway. 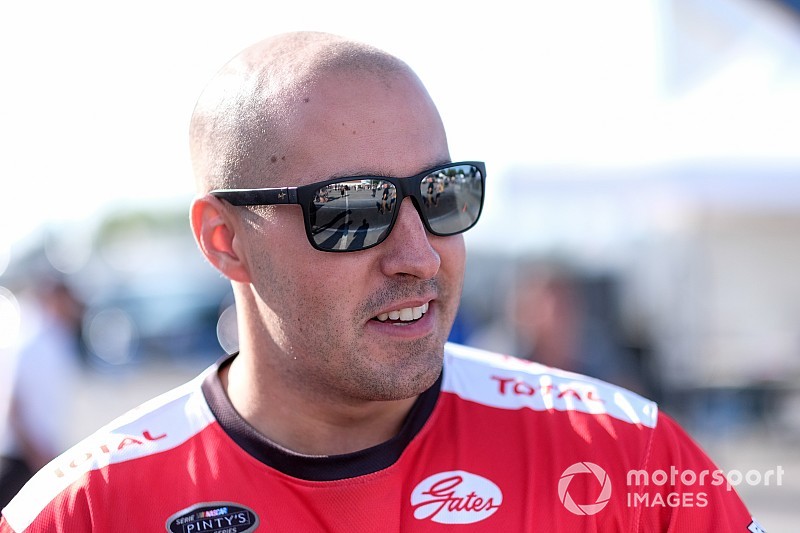 Lacroix passes polesitter Cole Powell on Lap 10 and leads the rest of the way to win the Visit New Hampshire 100 in the first NASCAR Pinty’s Series race held in the United States.

The St. Eustache, Quebec native entered the season as one of the favorites to win the championship this season but suffered through some costly DNF’s that ended his chance to challenge for the title.

Lacroix qualified second and was able to get by Powell shortly after a restart from the first caution of the race on Lap 10.

From there he was able to drive away for his second win of the season.

“The Bumper Car was was so good today it was easy (to drive to the lead),” said Lacroix. “We’ve had a lot of bad luck this year and to have luck on our side was very good for us.”

Lacroix built leads of nearly two seconds throughout the first half of the race before Andrew Ranger was able to close in and challenge for the lead.

Lacroix and Ranger pulled away to make it a two-car battle that ended on Lap 73 when Ranger suffered mechanical problems ending his chance to challenge for the win.

From there Lacroix just took care of his equipment and cruised to his 10th career win and he’ll owns bragging rights as the winner of the inaugural appearance by the series in the US.

“It’s super nice to come here for the first time in the US and win,” said Lacroix. “For the Cup guys this is a short track but it’s a big track for us. Great feeling to drive here and I’m not used to high speeds like here but after a few laps I got comfortable (in the car).

“When you have a car like this everything seems easy and you feel slow in the car and that’s when you go fast(er). You don’t like this very often and when you do you have to enjoy it.”

Anthony Simone finished sixth while Alex Tagliani finished one spot ahead of points leader L.P. Dumoulin to gain one point and pull to within four points of one another with one race remaining on the schedule.

Armani Williams scored his first NASCAR Pinty’s Series top-10 finish coming home ninth while Marc-Antoine Camirand followed Williams after running out of fuel on the final lap of the race.

The 2018 NASCAR Pinty’s Series season will conclude next Saturday at Jukasa Motor Speedway as Dumuoulin will try and clinch his second series championship while Tagliani will try and win his first Canadian NASCAR crown.