Austin Dillon looking for "magic" in another Daytona 500 win 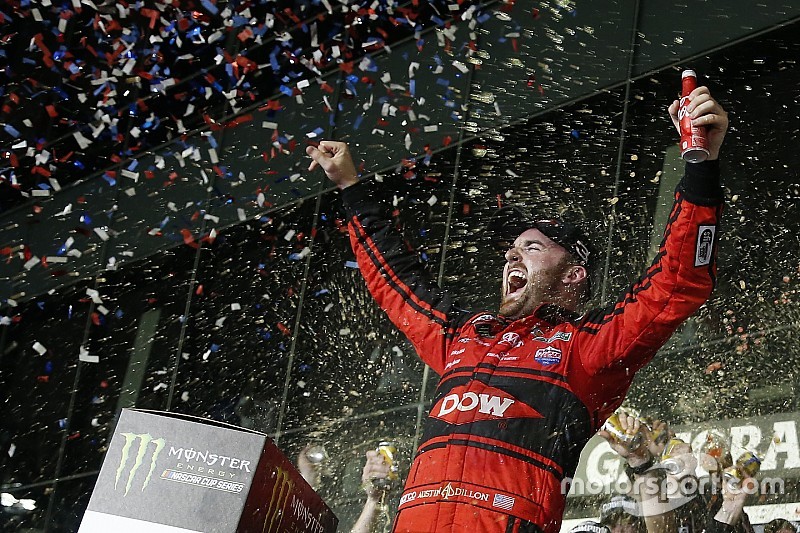 When Austin Dillon went through the tunnel at Daytona International Speedway last Thursday in preparation for the start of Speedweeks, the memories started to resurge.

After bumping then-race leader Aric Almirola on the final lap of overtime during last year’s season-opening race, Dillon took over the race lead and held off Darrell Wallace Jr. to secure his first-ever Daytona 500 victory.

“It’s been really nice to come back to Daytona,” Dillon said during Wednesday’s Daytona 500 Media Day. “I’ve met a lot of people here and created a lot of family and friends over time. Always feel comfortable coming here. It definitely struck some memories coming back.”

Following his momentous victory, which brought the famed No. 3 car back to Victory Lane at DIS, the 28-year-old driver was sent on a media tour that included an interview with NBA legend Shaquille O’Neal.

“That was just cool. I thought Shaq was just impressive,” Dillon said. “His interview was cool with me. He interacted very well.”

On Tuesday, Dillon visited the Magic Kingdom at Disney World as one last, final celebration before turning his focus to Sunday. With him was a fan who gave Dillon a penny, which Dillon eventually glued to his dashboard, before his victory last February, paying tribute to Dale Earnhardt Sr.

“It’s a race that sticks with you forever,” Dillon said. “I got to do a lot of great things, create a lot of memories. (Tuesday) was really fun going to Disney World – taking another kid with me that had never been.

Only 11 drivers have ever won multiple Daytona 500s, and just three drivers have won the “Great American Race” in consecutive seasons. Dillon will have that opportunity this weekend. His starting position will be determined in Thursday’s qualifying races.

“That’s pretty impressive that only three guys have done it back-to-back,” Dillon said. “I’d love to be a fourth. That’d be very cool. It seems like a hard thing to do. This place is not easy to win at. That’s why it’s so special.”

In 11 starts at Daytona’s 2.5-mile superspeedway, Dillon has recorded seven top-10 finishes, posting an average finish of 9.7 in the Cup Series.

If Dillon wants to complete the repeat, he’ll have to do it without his car chief, Greg Ebert. After Dillon’s No. 3 Chevrolet failed inspection twice prior to qualifying for the Daytona 500, Ebert was ejected from Daytona.

Dillon will lose 15 minutes of practice time this week as well as part of penalty.

“(Crew chief) Danny Stockman was a car chief himself coming up through, so he should be just fine,” Dillon said. “Our lead mechanic under him was his car chief from last year in the Xfinity side, so he’s got a guy who’s been a car chief.

“Ebert, our main car chief, has worked in that position for a long period of time, but we’ve got guys that can fill the gap and be just fine this weekend.”

While Dillon may not have a lucky penny affixed to his dashboard this Sunday, he hopes to have another form of luck on his side.

“No lucky pennies,” he said. “Hopefully, the magic from Magic Kingdom rubbed off, though. Hopefully, it stays with us until Sunday.”

Is there still a need for a drivers council in NASCAR?