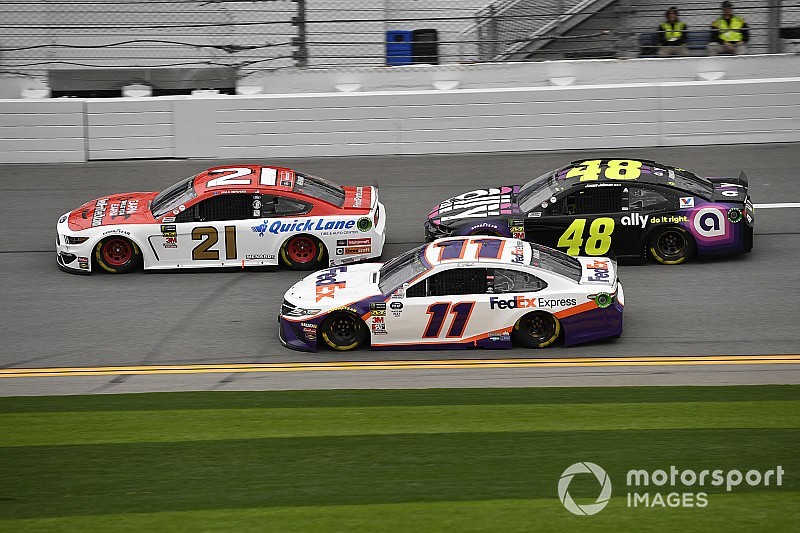 Paul Menard and Jimmie Johnson have found some common ground following their wreck at the end of Sunday’s Advance Auto Parts Clash exhibition race at Daytona.

During Wednesday’s Daytona 500 Media Day, Menard said the two drivers had spoken about the incident and while he didn’t like the result, he did not believe Johnson intentionally wrecked him.

Johnson escaped unscathed and when the race was halted by rain shortly thereafter, Johnson was declared the winner.

“I felt like I was holding the wheel as good as I could and I thought being up front was probably a pretty safe place,” Menard said. “Jimmie did what he did to try to win. It was not intentional.

“Maybe I moved down a little bit, I don’t know. There was no room for error and two cars collided. What’s done is done. We’re not looking in the rearview mirror on that one – just moving on.”

Following Sunday’s race, Johnson said he preferred to wait to speak with Menard until the two could talk in person, which they did Wednesday morning.

“It was great to have that conversation and talk to him. He knew then and he knows after our phone call that it wasn’t intentional,” Johnson said. “Looking back, I could have given him a few more inches. That way when he came down, there was a bit more margin for error between us.

“There’s always lessons to learn, going back on the tape and talking to someone about those things. I think where he and I stand, sure he wasn’t happy after the race with that, but he knew that wasn’t intentional and it was more of a racing thing than anything.”

Johnson said he believes the unfortunate consequences to Menard and most of the rest of the field is what sparked a backlash following the incident.

“If we just bump and nobody gets turned around, it’s the most the exciting finish we’ve had in the Clash in however long,” he said. “But, unfortunately, it didn’t turn out that way and a lot of cars were torn up.”

Austin Dillon looking for "magic" in another Daytona 500 win