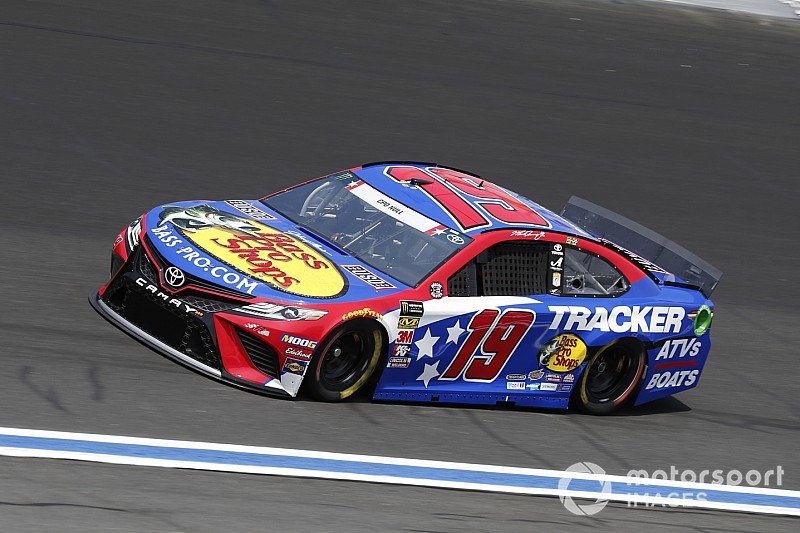 Martin Truex Jr. bounced back from causing an early-race caution to turn in a dominate performance in winning Stage 3 at Charlotte Motor Speedway.

A race that featured several cautions in the first two stages remained relatively incident-free in Stage 3, which allowed Truex to run out to a big lead in holding off Kyle Busch for his second stage win of the season.

Following the break between Stages 2 and 3, only a handful of lead-lap cars elected to pit. Kyle Busch was among those who stayed out and took over the lead when the race returned to green on Lap 209.

With 80 laps remaining in the third stage, Truex got around Elliott for second only to see Elliott return the favor and reclaim the runner-up position.

After 230 laps, Kyle Busch had moved out to a 1.9-second lead over Elliott. Truex ran in third, Blaney in fourth and Joey Logano ran fifth.

On Lap 242, Busch’s lead had grown to over 3 seconds over Truex. Elliott dropped to third, Blaney was fourth and Logano still fifth.

On Lap 251, Bayley Curley wrecked in Turn 2 after contact from Truex to bring out another caution.

All of the lead-lap cars elected to pit, with Truex the first off pit road. On the restart on Lap 258, Truex was followed by Kyle Busch, Elliott and Blaney.

On Lap 259, Kyle Busch was able to get around Truex and move back into the top spot. Elliott ran third, Blaney fourth and Bowman moved up to fifth.

With 30 laps to go in the second stage, Truex had moved out to a 1.3-second lead over Kyle Busch with Elliott in third.

With 15 laps remaining, Kurt Busch got around Bowman to take the fifth position.

After 295 laps, Truex’s lead had grown to more than 3 seconds over Kyle Busch.