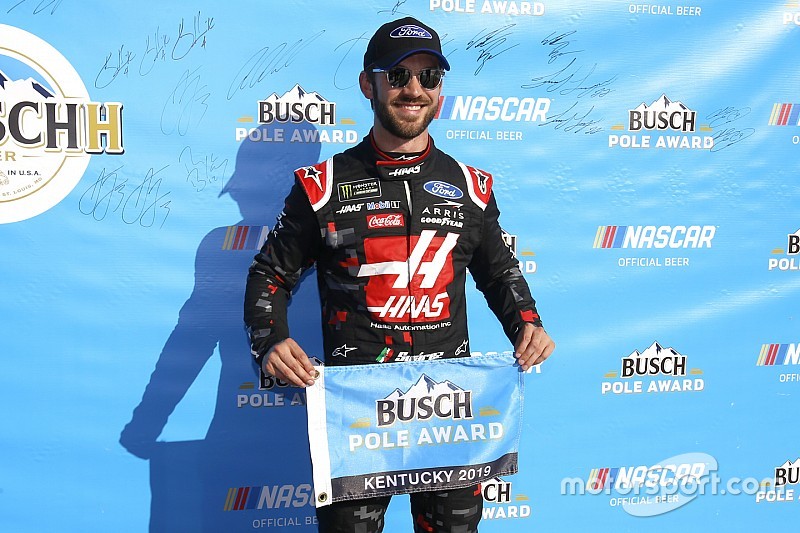 Daniel Suarez went from last to first to win the pole for Saturday night’s Quaker State 400 at Kentucky Speedway.

Suarez, the final of 36 cars to make a qualifying attempt on Friday, rocketed to the top of the leaderboard as Fords claimed four of the top-five starting positions.

Kurt Busch, driving Chip Ganassi Racing’s No. 1 Chevrolet, was fourth-fastest and the only non-Ford driver in the top-five. Kevin Harvick wound up fifth.

The pole is just the second for Suarez in the Monster Energy NASCAR Cup Series and first of the 2019 season. His previous pole came last season at Pocono Raceway.

“The car has been very fast the entire day. We had the fastest car (on long runs) in last practice and now we have the fastest car in qualifying,” Suarez, a native of Monterrey, Mexico, said. “I’m just very proud of my guys – everyone who makes this possible.

“We’ve been working very hard and it’s showing up at the race track.”

Asked what it means to start up front on what can be a very difficult track, Suarez said: “I really want to win so bad. I haven’t been in Victory Lane for a while.

“The last time I was in Victory Lane was in Brazil. I’ve been looking forward to bringing trophy home for a while. We have a really fast car and now it’s up to me to make it happen tomorrow night.”

Kurt Busch fends off Logano for Stage 1 win at Kentucky