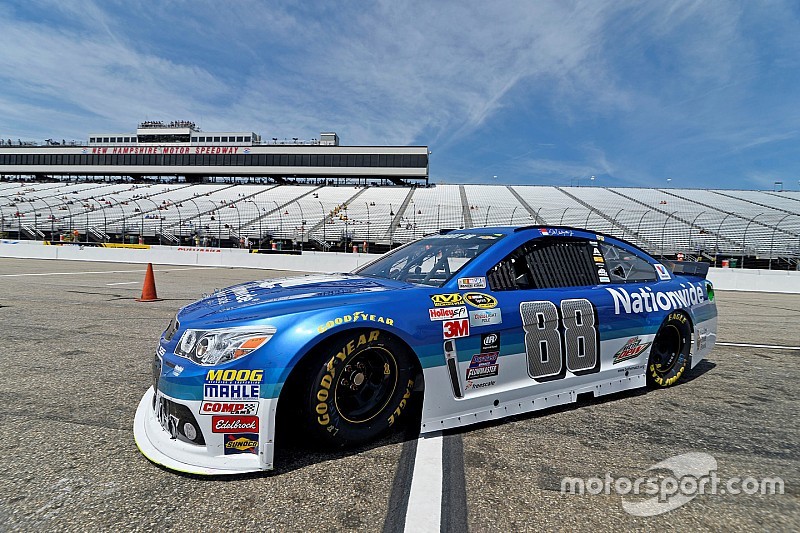 Earlier that evening, Earnhardt ran into the back of the No. 10 GoDaddy Chevy on Lap 207. The brakes on the No. 88 Hendrick Motorsports Chevy had malfunctioned and the impact sent Patrick sailing into the Turn 4 and off into the front stretch grass.

Clearly, the incident was an accident. However, that’s not how Patrick viewed the situation and retaliated as the two battered cars came to pit road.  Earnhardt, her former boss at JR Motorsports, gave as good as he got.

But in the best interest of the two drivers, they discussed the situation.

“We talked right after the race,” Earnhardt told motorsport.com. “We had it sorted out before we even got to the airport. Her spotter, I guess, told her a couple of times before she got to pit road (about the brakes) but she was just mad.

“She’s kind of got a hot temper. But I’ve done that, too. You do that kind of stuff sometimes — and it’s a little bit regrettable but it wasn’t no big deal. It didn’t tear my car up.”

On Friday, both drivers transferred to the second round of qualifying for Sunday’s 5-hour Energy 301. Earnhardt and Patrick will start 19th and 20th, respectively on the 10th Row, together.

“I don’t think that the changes that we made for qualifying were good,” Patrick said following the session. “You learn with every mistake and we know not to do that and waste a run tomorrow, but it would have been nice to learn it in a practice session, but we didn’t.  So we made the most of it.  The car was loose, it was hard to handle, it was all over the place.

“But we made it better each run and went a little bit faster each run; which is something that I can’t say we have done all year long.  I think that is a positive for us.  It wasn’t a great qualifying, but it was okay.  I always feel like if you are in front of that second pace car you can salvage a decent day.  I think we have a long list of things we want to try for tomorrow, but we made the most of what we had there and got the GoDaddy car as far up as we could with a car that wasn’t quite handling right.”

Teamwork pays off for Carl Edwards at the Magic Mile