Erik Jones to remain at Joe Gibbs Racing next season 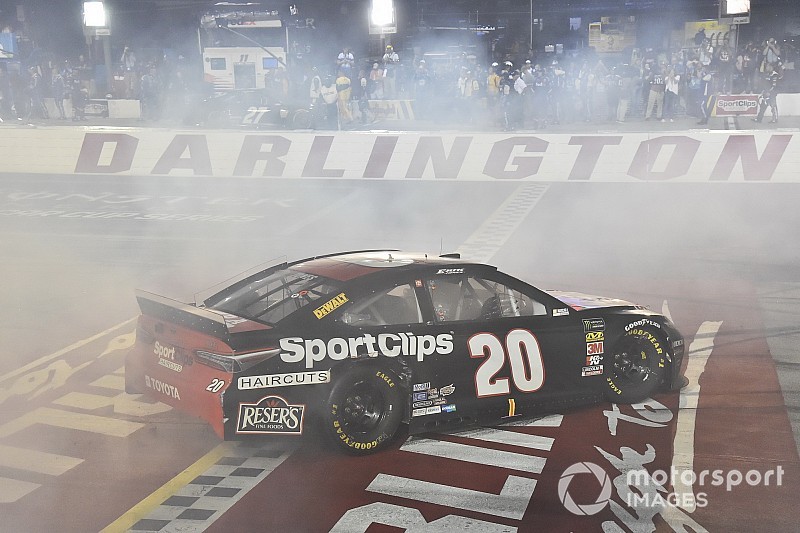 The wait is over for Erik Jones.

Less than a week after earning his first Monster Energy NASCAR Cup Series win of the 2019 season, Joe Gibbs Racing announced Friday it had reached a contract extension with the 23-year-old native of Byron, Mich.

Sources told Motorsport.com that Jones’ deal is for the 2020 season with a one-year option, which means he could be in the same situation again this time next year.

“I’m so happy to finally have my plans for 2020 confirmed and to talk about it,” said Jones. “I’m excited to be staying with Joe Gibbs Racing and the No. 20 team and to continue the success that we have built over the last two years in the Cup Series.

“I put my heart and soul into this and this race team. This is my living and how I want to make a career and what I want to do. I’ve been racing with JGR since 2014 and it’s really cool to be able to continue with the foundation we’ve built over the years and hopefully win more races and contend for championships together.”

In just his third fulltime season in the Cup Series, Jones has two wins, 23 top-five and 45 top-10 finishes in 100-career start. He earned his first Cup win last July at Daytona. He picked up his second win last weekend in the Southern 500 at Darlington (S.C.) Raceway.

“Erik has accomplished so much in our sport already and yet, he really is just at the start of a long career,” said team owner Joe Gibbs. “He’s been a part of Joe Gibbs Racing for almost his entire professional career and we’re excited to see what the future holds for him.”

Jones won a Truck Series championship in 2015 and finished fourth in the Xfinity Series standings in 2016 in his only fulltime season in that series.

“All of us at Toyota and TRD (Toyota Racing Development) are thrilled to have Erik extend his relationship with Joe Gibbs Racing and the No. 20 Camry,” said David Wilson, president of TRD, U.S.A.

“Erik has been a part of the family since 2013 and we’ve been fortunate to see him advance and develop as a race car driver and a person. From a Truck Series champion to a Playoff contender and race winner in the Cup Series, we’re honored to be a part of his journey.”