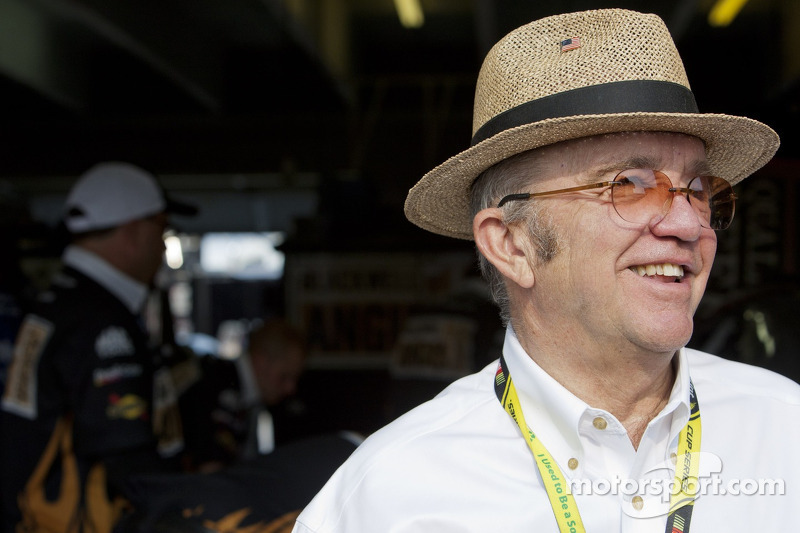 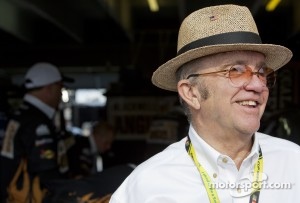 · Roush Fenway Racing teammates Carl Edwards and Greg Biffle will be on the front row for the 54th running of the Daytona 500.

· This marks the first Daytona 500 pole for Edwards and the 12th overall for Ford Racing.

· It’s the second Daytona 500 pole for car owner Jack Roush (Greg Biffle in 2004) and the first time he has swept the front row.

“We did great today. Doug Yates and the guys in the engine shop did a nice job. Robbie Reiser and the folks in the chassis and body shop built nice cars and the teams prepared them well. We worked all winter getting ready for this. It’s just the beginning. We hope we can put it together for the Twin 150s and for the 500 next Sunday.” YOU HAVE A WEEK TO CELEBRATE THIS. “Yeah, it surely is. We’d like to have won a championship at Homestead. We missed that last year, but at least we’ve got a week to celebrate this pole.”

FORD HASN’T HAD A DAYTONA POLE SINCE 2007. “The 2007 season was a special year for us because it was my dad’s last year in racing, so to have our cars on the pole, and to finally get back here. This is the goal every year to come down here and sit on the pole, but this year – with electronic fuel injection being the first time out, and new partners in the sport with Freescale and McLaren, and Ford Motor Company behind us, it’s just really special.” HOW IS THIS VIEWED AS FAR AS WHAT’S TO COME? “You saw the race last night and we’ve been watching it all week and it’s kind of wild. Obviously, the cars have speed and we just need to be patient and bide our time and make sure that we’re there at the end. Starting up front and being locked in and not having to race on Thursday is always a big deal. There’s a lot of pride that goes into sitting on the front row here, especially for Jack Roush and his team to be able to do this is pretty cool.” HOW MUCH PRIDE DO YOU HAVE RIGHT NOW FOR YOUR GUYS? “I’m so proud of our guys. Our team is just incredible. I’m really blessed to have the people behind it and be able to work with Ford Motor Company and all their support they give to us. It’s really special to be on the front row here at Daytona. Every team in the sport wants to be here right now and that’s how special it is, so we’re really proud of our efforts.”

“What a way to start the season. This is a testament to all of the hard work Jack and his organization have put in during the off-season, and the dedication Doug Yates and the Roush Yates engine shop has displayed throughout this transition to electronic fuel injection. Our Fords are fast. We’ve shown that all week and today our teams were rewarded with the front row. Today is a day for all Ford fans to be happy and celebrate, and I know everyone at Ford is going to enjoy this week leading up to the Daytona 500.”