Johnson stands by Blaney comments: "I got dumped and I was upset"

Jimmie Johnson was quite displeased with Ryan Blaney following last weekend's NASCAR Cup Series race at Watkins Glen and one week later, it doesn't seem like much has changed. 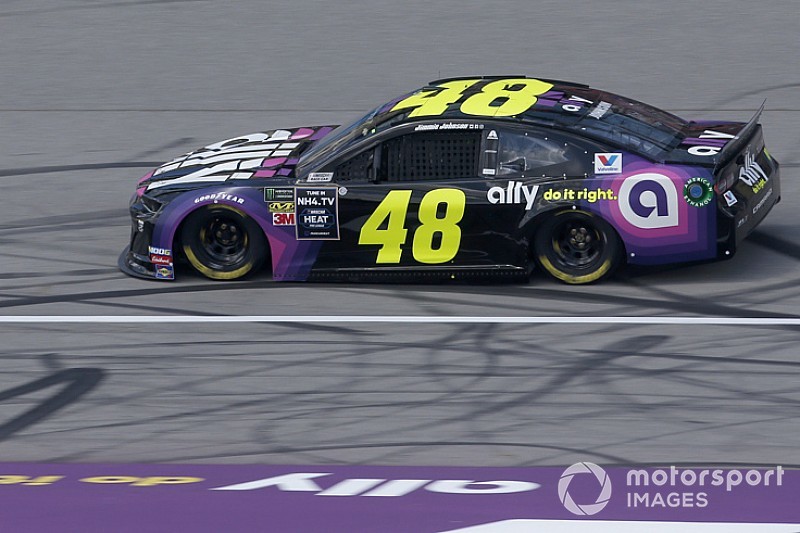 Johnson isn't backing down from what he said either.

After he and Ryan Blaney collided while battling for a position inside the top-ten, the seven-time champion confronted the Team Penske driver. He later gave an incensed interview to NBCSN, commenting on Blaney's 'quivering lip.'

“It was an observation, it was happening, I didn’t hear a lot of details that I expected to hear and I could have gone into a much more intense line of thought in said a lot more that would have been a lot more damaging to him that saying his lip was quivering," he said Friday at Michigan. "I don’t understand the sensitivity to that or why it’s such a big deal. His lip was quivering and he didn’t have a lot to say. It’s one of the facts that took place in the conversation.”

Johnson still feels he got driven through and responded accordingly.

"I was pissed off, I was crashed, I got drove through. Plain and simple. I don’t care how it looks or how it’s perceived. I got dumped and I was upset. The way I was raised and I went racing was when something like that happens you go talk to the guy. I was taught not to use my car as a weapon, go out and try to crash a guy back. Fighting is really not my thing either unless I have to defend myself, so I went there and talked to the guy and hoped to hear a different side of the story than what I thought took place in the car. So that’s the way I was raised in racing and the way I handled it."

The veteran driver sits in a precarious position in the standings, currently tied for the final spot in the playoffs with four races remaining in the regular season.