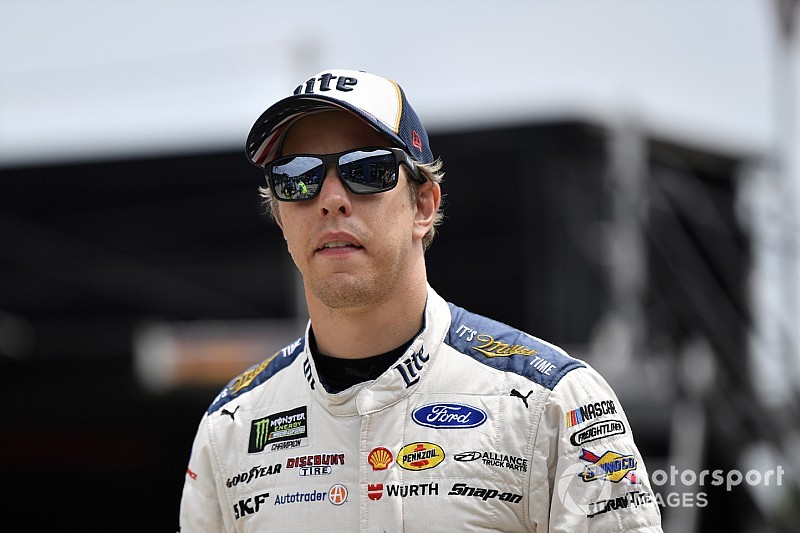 Martin Truex Jr. was fastest in Thursday’s final NASCAR Cup Series practice which was highlighted by an incident between Brad Keselowski and William Byron.

About 28 minutes into the session, Byron was leading a small pack of cars on the track when Keselowski drove up behind him, hit him twice and sent Byron spinning off the track.

Byron was able to collect his No. 24 Chevrolet and prevent it from turning back up the track, but it did suffer significant damage to the right-rear. The team finally decided to move to a backup and he will have to start Saturday night’s race from the rear of the field.

In the garage after he finished practice, Keselowski said he was “sending a message.”

“I hate it for his team that they have to work on their car and so does ours but just trying to send a message that I’m not lifting,” he said. “I’m tired of getting wrecked at plate tracks. I’ve been wrecked out of four of the last five races quite honestly because I’ve let people pull moves on me like that.

Asked for his take after the incident, Byron said, “I mean it’s practice, you know I get it but I don’t think that was really necessary to turn us there. … I really expect that, that’s alright. It’s not like I changed four lanes down the backstretch and blocked him. I was just kind of holding my lane and he just used his run to drive into my left rear. That’s alright at least I saved it.”

Erik Jones: "We know we can win a race"

How F1 has been robbed of its silly season