Keselowski says he was "a touch too nice" to Logano 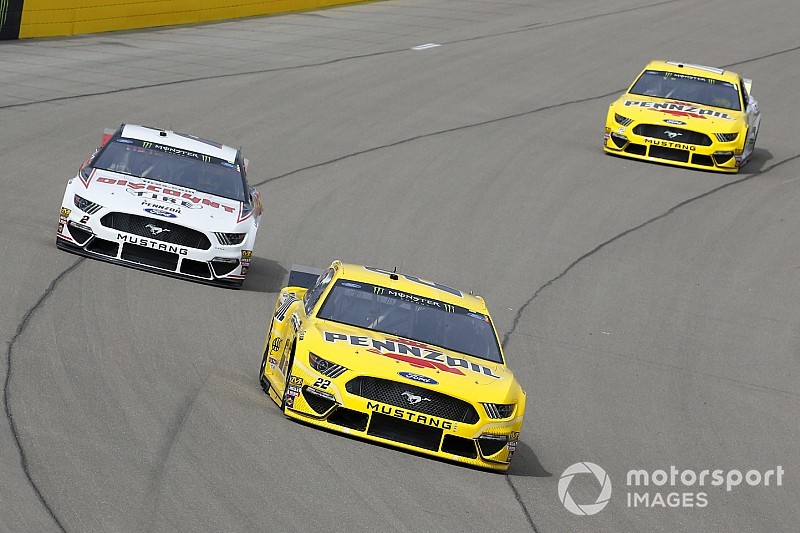 Brad Keselowski had the chance to make it two wins in a row but says he would have liked to have one more lap to see if he could seal the deal.

Keselowski, who won last weekend at Atlanta, got a strong run down the backstretch and into Turn 3 and was able to get alongside his Team Penske teammate, Joey Logano, coming off Turn 4.

For a moment, it looked like Keselowski might steal the win on the last lap at Las Vegas but Logano came off the wall and tucked right in front of Keselowski, hanging on to the lead to the checkered flag.

Asked if he had one more lap if he could have caught Logano, Keselowski said: “I’d sure like to find out. This Ford Mustang was really strong, and I thought it was a pretty good race.

“I passed Joey with the lapped traffic there and caught a break there, and then lapped traffic cost me the lead to Joey and he pulled a good slide job, and I tried to pull it back and I was just a touch too nice to him.

“But sorry it was a really good day, really happy for Team Penske and our team.”

Keselowski had patiently worked his way through the field after struggling during qualifying on Friday and starting 19th on Sunday.

With 60 of 267 laps remaining, Keselowski was running third and after the final round of green-flag pit stops, he was running fourth and started his march toward to the front.

“It was a good battle. We were both running really hard on the top. It seemed to come down to what the lapped cars were going to do,” Keselowski said.

“But it was definitely a good event.”

Kyle Busch misses out on sweep: “I screwed up our day”