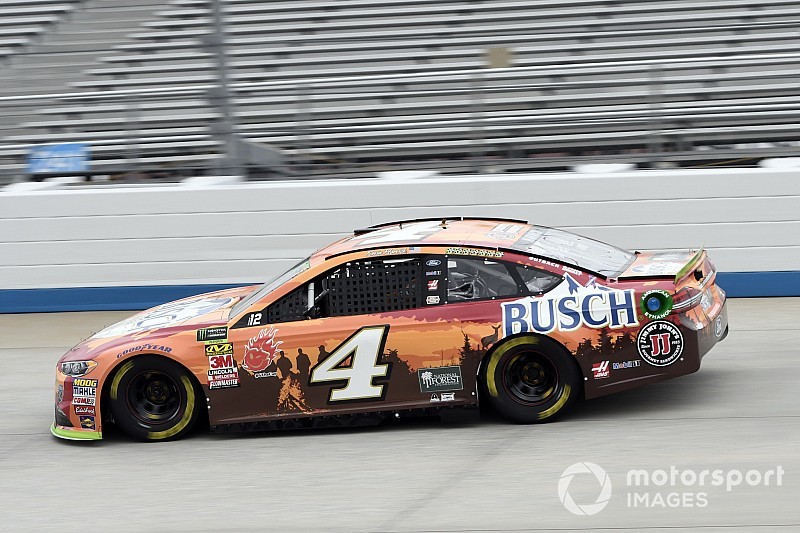 Once grabbing the lead, Kevin Harvick dominated the field on his way to the Stage 1 victory at Dover (Del.) International Speedway.

Harvick took the lead on Lap 17 of 120 and the other time he didn’t lead was when making his green-flag pit stop.

Kyle Busch, who started from the pole, led the first 16 laps before Harvick got around him off Turn 4 on Lap 17 to take the lead for the first time.

On Lap 25, Keselowski made his way around Kyle Busch to take the third position. Busch dropped to third with Logano close behind in fourth.

Just 45 laps into the race, Harvick had built up a more than 3.7-second lead over Keselowski. Kyle Busch remained in third, followed by Logano and Bowyer.

On Lap 70, several lead-lap cars began making green-flag pit stops as nobody could make it through the entire stage without stopping.

When the cycle of stops was completed on Lap 81, Harvick continued to hold a more than 7-second lead over Logano. They were followed by Kyle Busch, Elliott and Bowyer.

With 20 laps left in the stage, Harvick led Logano by just over 4 seconds with Kyle Busch in third, Elliott in fourth and Bowyer in fifth.

Only 14 cars remaining on the lead lap with 10 to go in the first stage as Harvick expanded his lead over Logano to more than five seconds.

During the pace laps, Jimmie Johnson had to bring his No. 48 Chevrolet to pit road with an issue to the right-front. He quickly took the car to the garage for repairs. He returned to the race 10 laps down and running 39th.

Before the race, the No. 43 of Darrell Wallace Jr. failed inspection three times, which means he had to start the race at the rear of the field, the team’s car chief was ejected and he will lose 30 minutes of practice time next weekend at Talladega, Ala.

The cars of Kurt Busch and Martin Truex Jr. both failed pre-race inspection twice and each driver will lose 15 minutes of practice time next week at Talladega.

Kevin Harvick holds off Bowyer for Stage 2 win at Dover