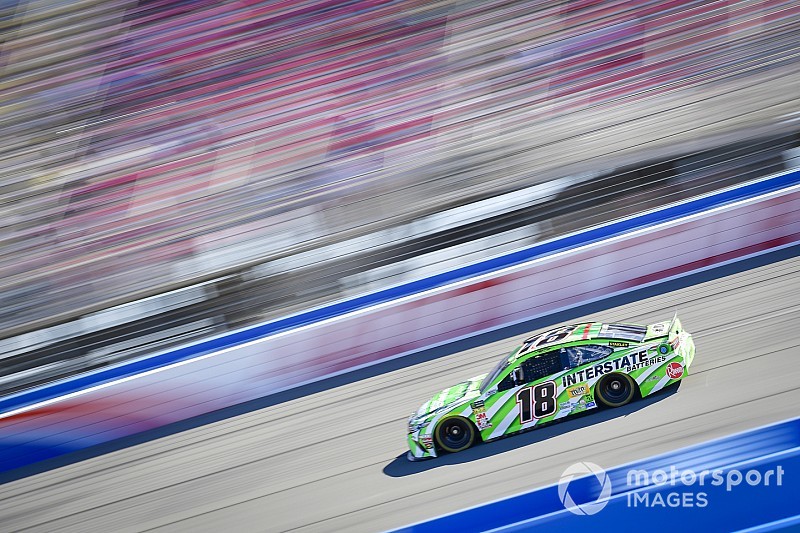 After pulling out to a big lead following green-flag pit stops, Busch cruised to the Stage 1 win by more than five seconds over Brad Keselowski. It’s the third time in his career Busch has swept both stages of a race.

Following the break between Stages 1 and 2, Kyle Busch elected not to pit and remained in the lead when the race returned to green on Lap 69 of 200. He was followed by Logano, Harvick, Almirola and Daniel Suarez.

One lap later, Logano got around Busch to move into the lead for the first time as Almirola moved into the runner-up position.

On Lap 72, Busch made his way back to the lead, getting around Logano through Turns 1 and 2.

Blaney moved his way into third 15 laps into the second stage as Daniel Hemric was forced to pit for repairs after making contact with the wall.

With 40 laps remaining in Stage 2, Kyle Busch had moved out to about a 2-second lead over Logano followed by Blaney.

On Lap 88, Keselowski had made his way into the runner-up position, just over 3 seconds behind Kyle Busch. Logano, complaining of a tight condition, dropped to third.

Another round of green-flag pit stops got underway on Lap 91 and teams pit for fuel and tires in order to make it to the end of the stage.

Kyle Busch pit on Lap 93 and once the cycle of stops was completed, he remained in the lead, with a more than 4-second lead over Keselowski. Jones had moved up to third.

Bubba Wallace was penalized for speeding on pit road during his stop and had to make a pass-through penalty.

With 20 laps remaining in the stage, Kyle Busch still managed a more than 4-second lead over Keselowski with Blaney continuing to run in third.

Busch remained more than 5 seconds ahead of Keselowski with five laps to go in the second stage. Blaney was third, Logano fourth and Almirola fifth.