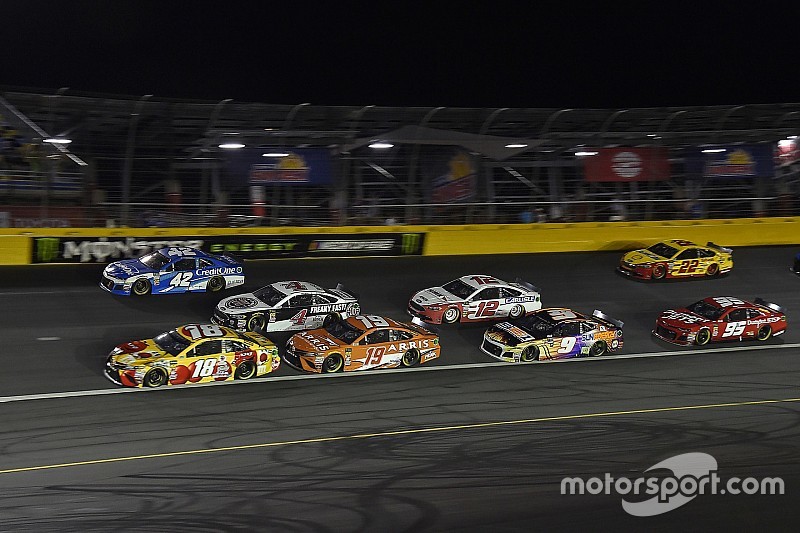 Speedway Motorsports Inc. executive Marcus Smith welcomes the collaboration on potential NASCAR schedule changes but believes a bigger impact may be seen in the racing itself.

“I don’t think tremendous things need to change in the schedule to make fantastic things happen,” Smith, CEO of SMI, said during a Charlotte Motor Speedway preseason media event Monday. “I think that there are opportunities with the new schedule.

“But the biggest thing that we have coming up that I am most excited about is the racing this year. I think that what we started with the All-Star Race in 2018 really sowed some great seeds for racing package for 2019.

“I can’t wait for that package to hit the track. Daytona is going to be fantastic, then Atlanta and Las Vegas I think are going to be really great. That will play into how we think about the years going forward.”

In a news conference last November at Homestead-Miami Speedway, NASCAR President Steve Phelps said he was willing to assess “all options” when looking at potential changes to the sport’s schedule.

Various ideas have been floated in recent months, including doubleheader races like those used in IndyCar, a reduced or even compacted schedule within the year, fewer events or shorter ones.

“I think there are all sorts of ideas, and you always like to think about different ideas and not be constrained by the box you’re in, think creativity,” Smith said Monday.

Smith said there have already been numerous meetings and discussions regarding the 2020 schedule but doesn’t believe it is “ready for public consumption at this point.”

“Ideas, when you’re starting, it’s sort of like a chef trying to come up with a new recipe,” Smith said. “You’ve got to taste it a few times before you serve it at the restaurant.

“I think we have a lot of great ideas, a lot of potential, but I am way, way, way more excited about the racing we’ll see this year. I think that the No. 1 thing for all of us is the racing.

“Where a good race is doesn’t matter as much as how good the race is. If it’s a great race, race fans will love it.”