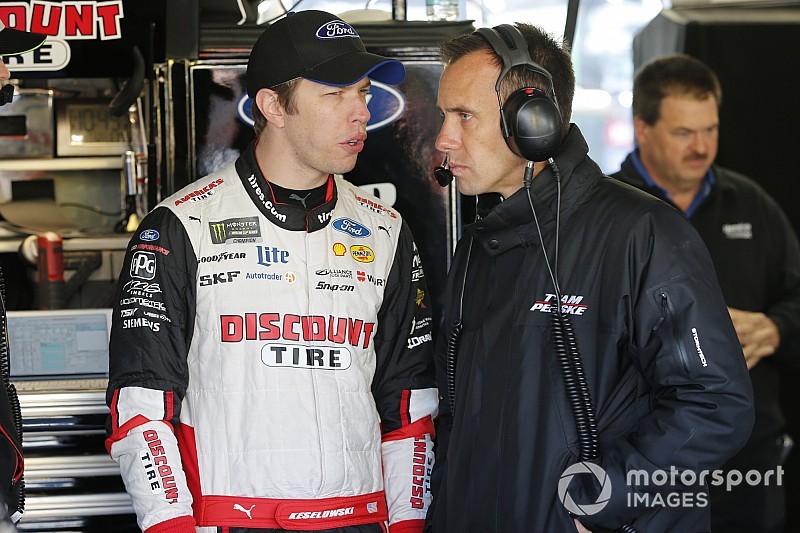 Keselowski, who was eliminated from further playoff contention following last weekend’s race at Kansas, topped the first practice session with an average lap speed of 95.714 mph.

Keselowski has one series win at Martinsville, coming in 2017. He has finished 10th or higher at the track in six of his last seven races at the short track.

About 34 minutes into the session, a caution was displayed after Almirola’s No. 10 Ford slowed on the track. He appeared to have broken a tire rod or suffered a mechanical failure with his right-front wheel.

Take a virtual lap around the historic short track, courtesy of NASCAR Heat 3.