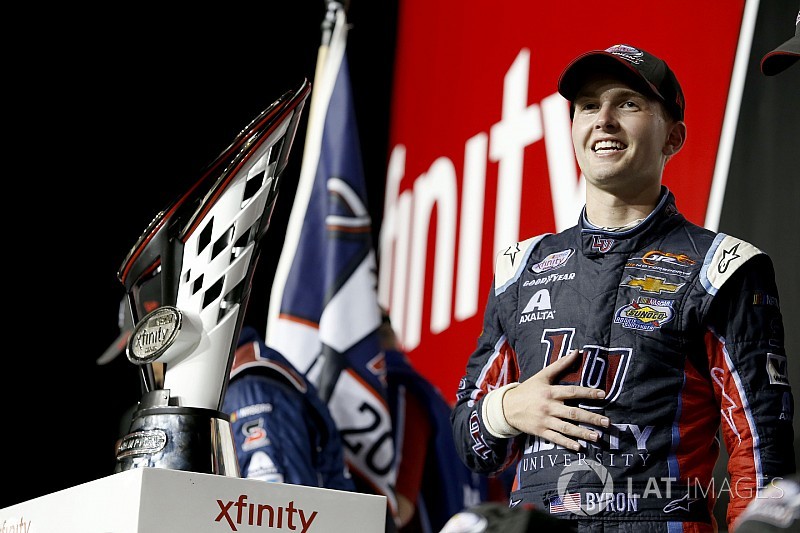 Has NASCAR's changing of the guard already taken place?

Looking back 20 years from now, the 2017 NASCAR championship weekend at Homestead-Miami Speedway may not rank as profound a moment in the sport’s history as the 1992 season finale, which featured Richard Petty’s last Cup series race and Jeff Gordon’s first.

But there were certainly signs that should help calm the fears of race fans worried about the recent loss of star power in NASCAR.

Sunday’s Ford 400 marked the conclusion of the full-time careers of Dale Earnhardt Jr., Matt Kenseth and Danica Patrick – three drivers who combined have garnered the vast majority of fans’ attention over the last 20 years.

The Ford Championship Weekend also provided a showcase of some of the stars who will take their place.

Although Sunday’s Cup race and championship was won by a series veteran, Martin Truex Jr., he is a driver who reached the pinnacle of NASCAR by successfully traveling through its ladder system – clearing the way for the likes of Byron and Bell.

The question has been asked over and over again this season: Where will NASCAR find its next superstars?

It’s become very clear that many can be found already among us.

“Go down the list, we’ve got a loaded group. We’re in a transition,” France said on Sunday. “But that happens from time to time. Not usually in the concentrated manner that we have now, but it happens.

“But we’re excited – we’ve got a great, great bunch of (young drivers) and they’re talented, so we’re in good shape.”

NASCAR President Brent Dewar believes this season in particular offered fans the opportunity to celebrate some Hall of Fame-worthy careers as well as the kick off some of those that will follow in their footsteps 20 years down the road.

“We’re excited about both parts, but there’s some pretty good drivers in this Final Four weekend that are previous champions with the exception of Martin Truex that are also young.”

Three-time Cup champion Tony Stewart, one of the popular stars of the sport that has stepped away in recent years, said he doesn’t believe “you’ve got to look very far” to find the stars of tomorrow.

“The big buzz this year – especially this weekend with Matt and Dale Jr. running their last races – is what’s going to happen in the sport. Well, the sport is going to be just fine,” he said. “There is plenty of good talent that’s coming along that are making names for themselves that will take the places of the guys that are leaving.

“I remember Brian France called me down to Daytona one day because I was in big trouble for whatever it was, I can’t remember. But went down there, and he told me something that always stuck with me. He said, ‘This sport has been here long before you got here, and it’ll be here long after you’re gone.’ It really is the truth.

And some already making their mark.